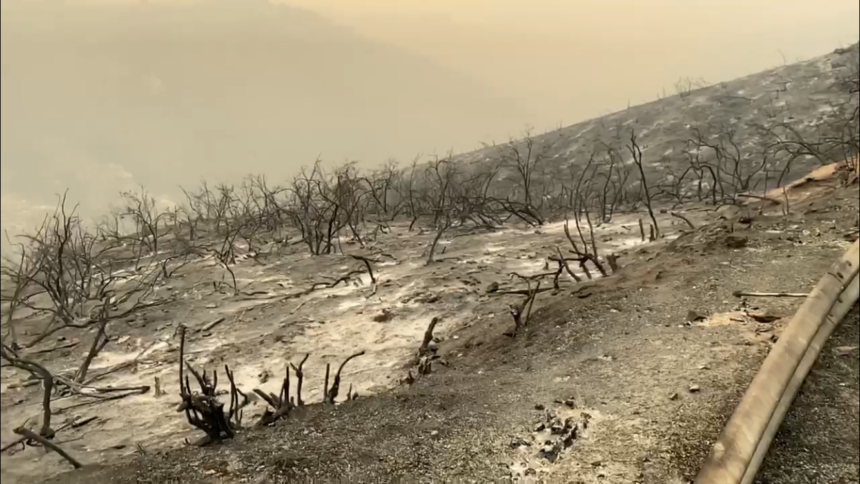 Cal Fire said there hadn't been a fire in the area where it started in a while so the accumulation of leaves and dry vegetation could have assisted with the fire spreading.

Back in roughly 2014 to 2017, Cal Fire Unit Forester Jonathan Pangburn said the agency had a prescribed burn proposal in the Cachagua and Jamesburg area, but it ended up not happening after getting some concerns from residents about having fire near their properties.

“Some members of the community were fairly reluctant to have fire near them, near their community and near their homes and were definitely not supportive of a prescribed burn being near them,” Pangburn said.

During a prescribed burn, crews ignite a fire so they can anticipate how,
when and where it will burn. They take into account weather patterns and what fuels, like dry vegetation, are in the area.

But would it have helped with the Carmel Fire? We asked Pangburn.

“There is a large body of scientific evidence that prescribed burning and
other fuel modification treatments can substantially change fire behavior;
however, there is never a guarantee with any work that we do that it will stop a fire from entering a community and saving any individual structures,” Pangburn said.

A lot of preparation goes into a prescribed or controlled burn, but property owners ultimately have say over the land so Pangburn said it can only be done if they agree.

"It's not a question of if there's going to be a fire, it's just a matter of when there is going to be a fire and i would like it to be under our terms and conditions so we can set up the safest situation possible," Pangburn said.

The roads are back open in the Valley and evacuation orders lifted but the
devastation from the Carmel Fire still weighs on locals’ minds.

“It’s pretty heartbreaking, it kind of blows the mind when you realize how
much space was destroyed,” Carmel Valley resident Jenn Ross said.

For some neighbors, their homes were spared but dozens of other properties in the Carmel Valley were destroyed in the fire.

“We’re fine, but all our neighbors around us are not so it’s kind of
difficult to feel okay,” said Joanna Fitzpatrick Payne whose home was spared. “Fortunately, they’re alive.”

Neighbors know wildfires are a potential threat to the area each year. The
Tassajara Fire came through in 2015.

“This is the third fire since I moved here,” Fitzpatrick Payne said.

“My shop burned down. Our house nearly burned down on the last one and this came up to the edge of our property,” said neighbor Michael Newton, a Jamesburg resident.

Pangburn says right now the focus is on the rebuilding and recovery
stage for those who were impacted by the fire. They will likely revisit
this and other potential tools, like chipper programs, in the future to get rid of vegetation and mitigate fire risks.

For more information on returning home after a wildfire, click here.