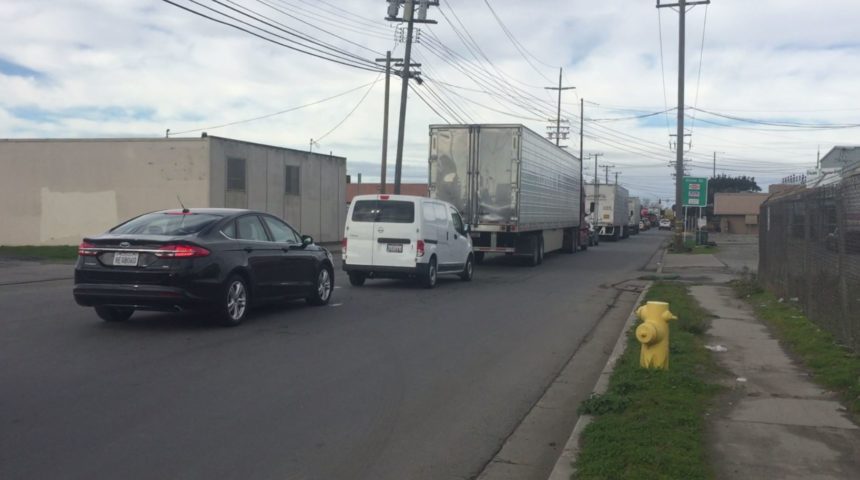 SALINAS, Calif (KION) Big wheels were not turning. In fact, no one really moved for the better part of four days.

The stoplight at Terven Avenue and Sanborn Road was stuck on red.

Drivers sat in their cars, watching cross traffic and cars from the opposite direction move without a problem. Only the drivers on Terven saw a constant red light.

When asked how long she’d been waiting, a driver named Stephanie said, “Probably like 5 minutes.”

Another driver, Marcos, said he had also been waiting, “and I have places to go!”

The city says the red light at this intersection shouldn’t last longer than 2 minutes. We timed it for another story last year and it came in right on time.

Lately, it’s been a different story.

KION timed the cycle on Tuesday, and the red light lasted over 8 minutes – only changing after a push of the Pedestrian Crossing button. After one cycle, the light returned to a constant red.

The city blames the problem on a faulty sensor which didn’t detect the waiting cars.

“We had to order parts and things like that,” said James Serrano, transportation manager for the City of Salinas. “Work on the intersection began last Friday and was completed, I think, yesterday. It’s functioning very well right now. The timing and detection is good.”

Some drivers said they wish the city had posted warning signs or assigned police to direct traffic, saying the lengthy backup tempted them to run the light or make an illegal right turn.

“I’m not trying to get a ticket, but I have somewhere I have to be,” said Stephanie.