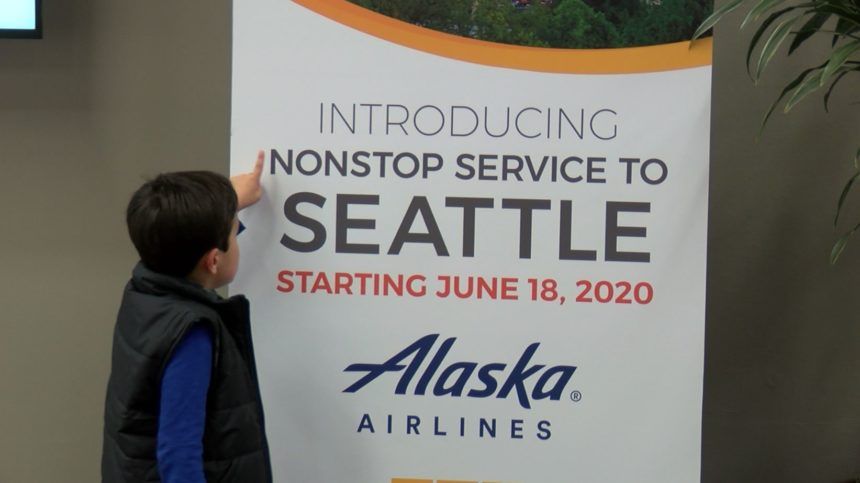 The move adds another airport to Monterey’s growing list of destinations.

“Fantastic,” said passenger Gabe Gandia. “We have a son up in that area, and it’s more convenient for him to come down or us to go up.”

Alaska Airlines says the flights to Seattle will, in effect, open up the world to passengers.

“The ability to go to Seattle from here is huge, because once you get there, you can literally go everywhere in our network. And we’re excited to really get things rolling,” said Alaska Airlines spokesman Franco Finn.

As service expands to new destinations, it puts added strain on airport infrastructure that is decades old.

“Obviously, the elephant in the room is the terminal building,” said Mike Lapier, Monterey Regional Airport’s executive director. “And when you look at our building today, the first portion of that building was built in the late ‘40s early ‘50s and it’s been added to four times.”

The airport’s master plan, adopted in 2018, includes a new terminal in a new location. The improvements are not being driven by new routes, however, but by FAA regulations.

“The motivator is a safety issue between the terminal and the taxi way that’s in front of it, and the runway that’s beyond it. The distance between those three is not in standard with what FAA requires.”

The airport has secured a grant to begin initial improvements to the ramp. After environmental impact studies, work could begin in the fall, but it would be just the first step in a major renovation.

Long term parking, the airport fire station, and some hangars will need to be moved before construction of a terminal could begin.

“For us to even consider a new terminal, we have to do a couple domino moves, and move existing buildings to new locations to accommodate the new terminal.”