Text messages pulled from Alec Baldwin’s phone in the days and weeks following the deadly shooting while filming the movie “Rust” indicate the actor was concerned the incident was the result of possible sabotage and questioned the Santa Fe Sheriff Department’s ability to properly investigate that angle.

Baldwin’s phone was turned over months after the fatal October 2021 shooting of cinematographer Halyna Hutchins during a rehearsal for the movie, which was being filmed near Santa Fe, New Mexico.

According to a supplemental report within the case file, in a December text message thread, Baldwin advised Halyna’s husband Matt Hutchins “Important for you to keep in mind: The Santa Fe Sheriffs office may lack both the skill and the will to properly investigate the sabotage angle. I’m told their agenda is to write it off as an accident and throw it to the civil courts.”

“I dismissed the sabotage claim initially. But not know (sic). I hope these NM have the sense to follow it through,” Baldwin continued, telling Matt Hutchins that his attorneys presented “certain anomalies” from the day of the shooting.

Earlier this month, Baldwin filed a lawsuit in California against several individuals associated with the “Rust” film, according to a cross-complaint obtained by CNN.

Baldwin told Matt Hutchins in another text, “the gun WAS NEVER MEANT TO BE FIRED in that camera angle. It was an angle on the gun being drawn and … cut. That set up did not call for the gun to shoot AT ALL. I told him that Halyna and I had something important in common. We both believed the gun was empty.”

In another message, sent two days after the shooting, Baldwin sent a message to his assistant saying, “I have to delete my archive.”

The report adds: “There is no further details on the meaning of this message.”

“The email is irrelevant to this matter,” Baldwin attorney Luke Nikas told CNN. “Mr. Baldwin was referring to his Twitter archive, which he has long considered deleting. He fully preserved all records related to ‘Rust’ and turned them over to the authorities nearly a year ago.”

In one investigative report released Friday, a detective described Baldwin as cooperative in the chaotic moments after the fatal shooting. Asked by authorities if he would be willing to give a statement, Baldwin reportedly told deputies, “I will do whatever you tell me to do.”

The Sheriff’s full investigative case file has been turned over to the Santa Fe County District Attorney’s Office, who will determine whether to file charges in the case. 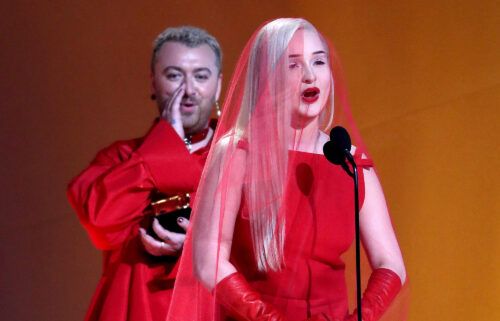