SALINAS, Calif. (KION-TV).-- A former Salinas biology teacher was sentenced after pleading no contest to two felony molestation charges against two of his former students on Friday.

Juan Govea, 40, was sentenced to serve probation for two years, register as a sex offender for 10 years, pay restitution to his two victims totaling $965 and complete a year-long sex offender program.

The sentence reflects Govea having no prior criminal history.

He must also not leave the state of California or his current residence in Sacramento County without advising his probation officer.

He currently works as a bartender and can continue as long as he doesn't drink and takes random alcohol tests, failing which will result in a violation of his parole.

Govea must additionally stay 100 yards from his victims, their workplace, their home, and their vehicles for the next 10 years.

Any sort of criminal violation could result in violating his probation and carrying 10 days of flash incarceration.

She was molested in 2015 when Govea was no longer a teacher at Salinas High School.

Govea asked for Jane Doe's phone number and began messaging her about phone games their junior year, according to her defense attorney.

This led to eventually, texting and meeting up for illegal sexual acts.

During criminal proceedings, Govea spoke with Jane Doe and said "Are you going to ruin my life?"

Which led to Jane Doe not being ready to cooperate with the investigation initially.

This case was ultimately dismissed without prejudice.

"He was an adult. He knowingly violated the law. I wish he would have respected me enough to leave me alone and let heal what had broken," said Jane Doe in court Friday. "Six formative years I'll never be able to experience again. I hate that I was groomed and manipulated by you."

During the fall semester of 2014, Govea flirted with Jane Doe  2. In hindsight, Jane Doe 2 said she was being groomed by Govea.

After a few months, Govea and Jane Doe 2 engaged in a sex act for one night at his house.

After the incident, she knew what had happened was wrong and ended their relationship while remaining his TA.

In the fall of 2020, Jane Doe 2 sent her abuse story to the Instagram account, “Thisisour831” disclosing that she had been a victim of sexual abuse in 2014 while Govea was a teacher in Salinas High School.

"I should not be the one who is sorry. I did not see myself as a sexual abuse victim," said Jane Doe 2. "This is statutory rape and It took convincing that I was a victim. I did not give consent under the age of 18."

After learning of an additional victim, Jane Doe the Monterey County District Attorney’s office and requested charges be refiled due to her concern about other potential victims.

Both survivors feel justice was served and hope them coming forward will encourage other victims of sexual assault to find the courage to do the same. 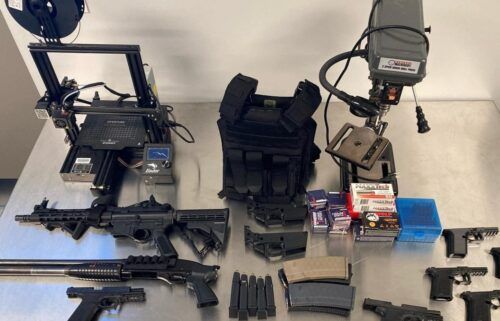