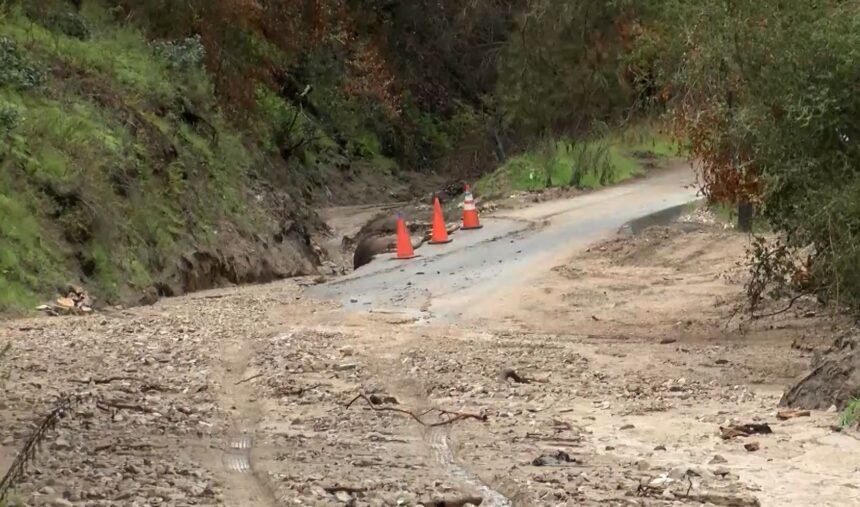 SALINAS, Calif. (KION) People living near River Road in Salinas and the Dolan Fire Burn Scar faced the possibility of potential debris flows. However, despite evacuation warnings and orders in place, some residents decided to stay home.

“It was not nearly as significant this time around as it was the last time,” said David Alexander.

David Alexander lives in one of the five homes on Trimble Hill Lane and Pine Canyon Road. However, based on the previous storm and their own analysis, he and other neighbors didn't evacuate. Especially since their homes are way above where debris flow would pass, he said.

“Our homes were not in danger," said Alexander. "We understand the evacuation order is because it's possible that if there's so much debris coming down, we're not going to be able to get in and out.”

According to Alexander, the last time this happened there was so much debris flow, it blocked the road. But he and his neighbors took it upon themselves to clear the road. This is also why they decided to take the risk.

“Mostly it was no debris flow," said Alexander. This time, it was mainly water and some rubble that came through and for a large part, the culvert caught it because it was clear. It shot this stuff down where it was supposed to.”

Nathan Dickman just recently purchased a home near River Road. Dickman said his family was a little worried about the impact the storm may have, so his wife and kids decided to go to his sister-in-law’s place.

“But for me and my parents, not enough space," said Dickman. "So we actually just stayed at home. But we were ready, packed, and ready to go. If we needed to go.”