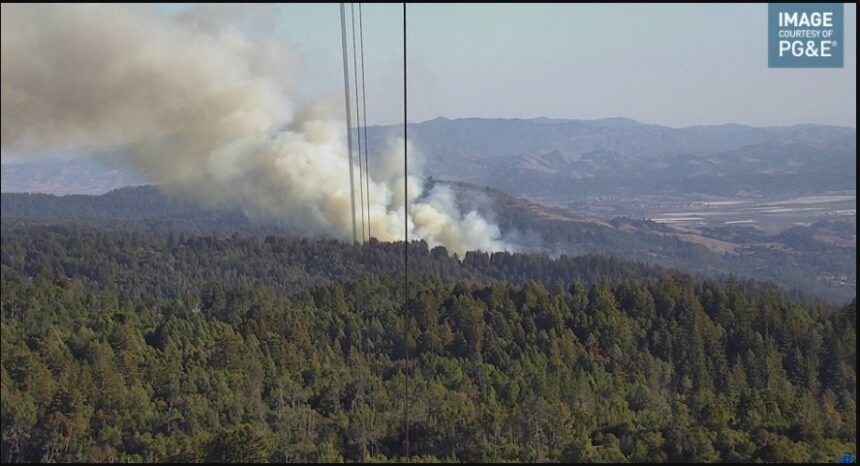 CENTRAL COAST, Calif. (KION) Over the weekend, the Estrada Fire was started after a prescribed fire got out of control.

The Central Coast Prescribed Burn Association spoke with KION on how prescribed burns are typically conducted. The association was started around the time of the CZU Fires from a California grant.

Prescribed fires are planned fires that are considered one of the most important tools in managing fires today, according to the National Fire Service. The coordinator for the local burn association says he can't comment specifically over what happened on the Estrada Fire, but he says there is much care taken when dealing with controlled fires.

"The common mitigations that we take are good control lines, enough what we call holding resources. We plan very carefully with the weather to make sure that we're within our prescription," said Jared Childress.

However, Childress says there is an inherent risk when dealing with fire.

"I like to say that prescribed fire is a lot like driving. If you have if you're a good driver who doesn't speed is sober, has a well-functioning car with good brakes and knows where they're going, and isn't distracted on their cell phone texting. You're going to get from A to B, probably safely," said Childress.

Corralitos resident, Bob Steinberg, has been living in the area for about 37 years and believes the use of controlled burns to help dry fuel and high wind conditions burn is useful, but under the current conditions to have a safe, controlled fire.

"When the controlled burn was first announced, I was concerned because the area was so dry and I think any controlled burns at the moment under the conditions in which we’re living are a mistake,” said Steinberg.

Angela Bernheisel, the division fire chief for CAL FIRE SZU says the prescribed burn at the Estrada Ranch was part of the vegetation management program that provides controlled fires for private and public land. Things went south when winds started to pick up and change directions.

"The weather just got a lot quite a bit windier in the afternoon then. Then they were experiencing the rest of the day, and it sounds like maybe there was a bit of a shift in the wind direction," said Bernheisel.

The plume came up and the wind carried the embers resulting in the out-of-control fire. Bernheisel says the prescribed burn took place at the point in time to burn the brush vegetation.

"You need to burn brush when the fuel moisture is low, and that is this time of year. So for instance, if we tried to come in in the springtime when everything was green and lush and burned brush, it wouldn't burn at all and it would just be a waste of time," said Bernheisel.

But the Estrada Fire has left many wondering what exactly happened, for a supposed controlled fire to go out of control.

"Well, in the afternoon when the wind changed, we maybe we should have ended sooner, but we were getting to a completion point," said Bernheisel.