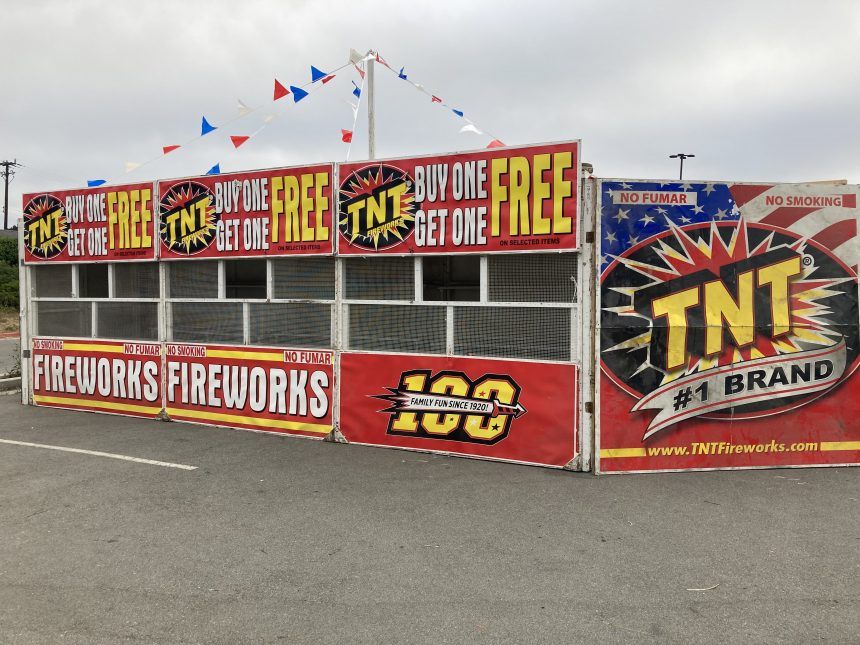 WATSONVILLE, Calif. (KION) On Sunday morning, the Watsonville Jr. Wildcatz Football and Cheer team discovered thousands of dollars worth of fireworks stolen from their stand.

The communications officer for the organization says this is the team's biggest fundraiser of the year.

On a day everyone is celebrating America's Independence, the Watsonville Jr. Wildcatz realized their 4th of July fundraiser was ruined. They discovered their storage unit for their firework stand had been completely ransacked. They were missing thousands of dollars worth of inventory. On Monday morning, the organization also found the storage unit covered in graffiti.

"We showed up at 8 in the morning to find our storage bin, all the fireworks stolen, all the boxes, some of our equipment, some of our fundraising. Everything was taken," said Ana Moreno, the communications officer for the organization.

The youth program provides its programming to everyone, regardless of who can afford it. They also give out scholarships for the youth.

"We don't know if we're going to have to cover the expenses of the loss of the fireworks that were stolen, that's all up in the air at this point," said Moreno.

The president of the organization says the program is probably going to have to fundraise or find other ways to cover the cost of the stolen fireworks.

"Now, we have to try to focus on how we're going to be able to do other fundraisers or try to come up with some extra money to still try to help out those kids," said Jaime Garcia.

The program had an outpouring of support including 2 individuals who each donated $1,000. For Moreno, she's been a part of the program for over a decade and feels the program can be a saving grace for the kids.

"I've been a part of it for over 10 years so to see how happy they are to be on the field and you know some that their only escape from whatever is going on at home and some that's where they put their heart and soul is on the field," said Moreno.

The Watsonville Jr. Wildcatz Venmo can be found here.