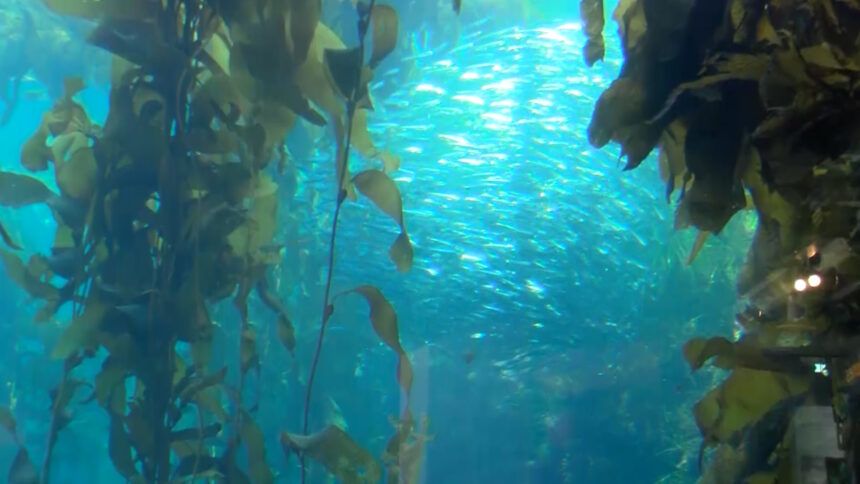 MOSS LANDING, Calf. (KION) A study by the University of California, Santa Cruz finds that while kelp forests along California's coasts have declined dramatically, sea otters in Monterey Bay are playing a big role in maintaining healthy kelp forest patches.

The UCSC study says sea otters are a key species in controlling populations of sea urchins, which are known to devour through large quantities of kelp.

The study also says vast areas of the coast are now carpeted with purple sea urchins, even in Monterey Bay, an area well known for spotting sea otters.

Smith says one of the biggest factors at play for the increase in urchins is the disappearance of the Sunflower Star, a large sea star that was a predator to the urchins.

"Following the loss of that sea star predator and following the decline in kelp, these sea urchins, which are these little spiny animals that like to eat kelp, they normally live down in the rock crevices but they actually had to come out of the crevices and they roamed around the reef searching for live kelp," says Smith.

That's where researchers and Monterey Bay scientists say sea otters come to the rescue, with sea urchins serving as a good food source for the sea otters.

“Because the sea otters are targeting these urchins in the patches of forests, they’re actually helping to maintain the remnant kelp forest patches that we have here in Monterey Bay," says Smith.

Jessica Fujii, an assistant manager for sea otter research at Monterey Bay Aquarium says sustaining kelp forests is not only essential for sea life, but for the local economy.

“Protection from storms and erosion, it acts as a barrier, it acts as a nursery for other fish, it’s also a big deal in terms of tourism, people like to go dive in these kelp forests and it’s a huge part of the attraction of the Monterey Bay and up and down the California Coast as well,” says Fujii.

On Wednesday, tourist Michael Medrano says he traveled from Texas all the way to Moss Landing for a chance to get a glimpse of the sea otters in-person.

“I’ve been road tripping across the country and I saw that this was one of the best spots to see sea otters, they were so adorable and there was about two of them," says Medrano.

The researchers and scientists say, however, there is more to these sea otters than their cuteness.

“The fact that sea otters have maintained nearby patches of kelp means that those patches of kelp can help re-seed those once barren grounds, those behavioral interactions in turn ultimately determine the fate of an entire ecosystem," says Smith.