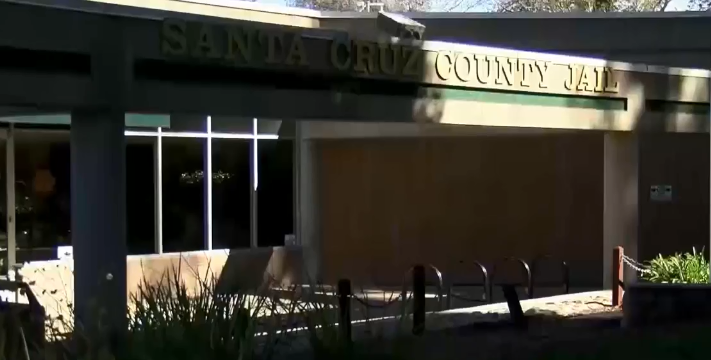 SANTA CRUZ, Calif (KION) Multiple correctional officers at the Santa Cruz County Jail, who tested positive for COVID-19, attended a large gathering that contact tracers are investigating as the possible source of the COVID-19 outbreak among jail staff.

10 correctional officers have contracted the virus and seven more are in quarantine from close contact, according to the Santa Cruz County Sheriff's Office.

All jail staff and inmates were tested for COVID-19. A Sheriff's Office spokesperson told KION all results are expected by the end of the week.

No inmate results had been processed as of Wednesday afternoon.

“Up until this point there was no community spread within the incarcerated population, and we’re hoping it stays that way," Ashley Keehn with the Santa Cruz Sheriff's Office said. "We’re doing everything in our power to make sure it doesn’t spread any further.”

Nearly 300 inmates in Monterey County contracted COVID-19 in a summer outbreak. There are more than 3,600 active cases within California prisons.

“Living facilities or medical facilities are really set up like large households where lots of people are mixing,” Ghilarducci said.

If coronavirus does spread to inmates, the response is very similar to nursing facility outbreaks.

“We have a plan in place to color code the facility," Ghilarducci said. "The more you can isolate cohorts into smaller groups, you can contain it from spreading into the general population.”