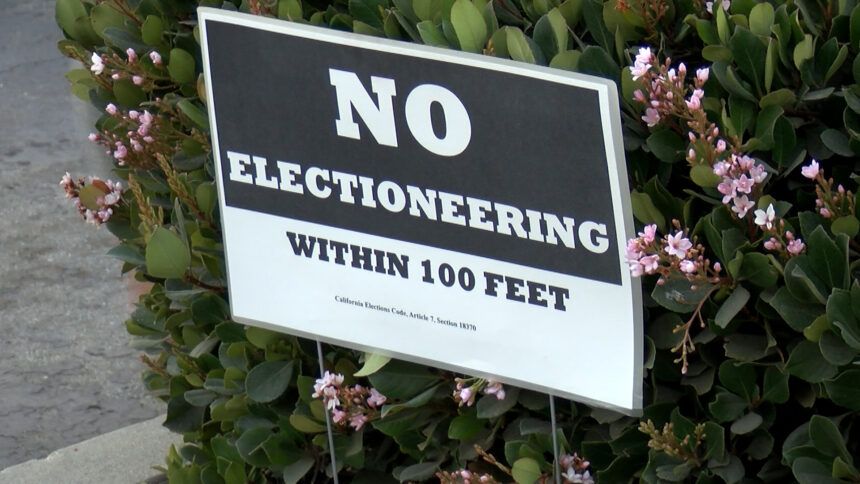 As the 2020 elections soon come to a close, local elections office officials remind folks of the dos and don’ts when heading to polling locations.

Some of the rules include not wearing any politically affiliated attire near the polling places and keeping others’ identities protected while sharing any selfie photos taken at the polls.

On Monday, crowds gathered at the Monterey County Elections Office to submit their ballots and fill out registration forms.

Some locals said they fear a wave of protests could potentially happen following the results of the presidential elections.

"What I’ve heard is that there may be some violence out here if Trump were to lose, but it could also happen even if he wins," says Salinas resident, Jorge Garcia.

Central Coast elections officials say their goal is to maintain a peaceful voter environment at the polling stations.

Electioneering, which is the act of advertising or influencing at polling stations, is not allowed by law and anyone with politically affiliated displays or clothing is told to keep away to a minimum 100 foot distance.

Volunteers and staff at the Monterey County and San Benito County Elections Offices say they are trying to keep a neutral environment while voters cast their ballots...but not without a safety plan: calling the police.

"If something was to occur that requires an emergency response, we will then have officers respond to it," says Diaz.