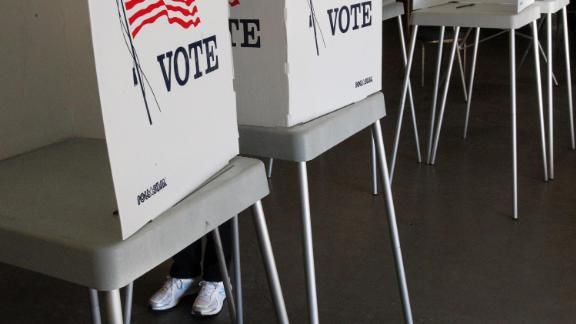 SANTA CRUZ, Calif. (KION) Santa Cruz Police Chief Andy Mills has assigned specific officers to be ready to respond to any voting related problems on election day. The police department plays a minimal role on election day, but Mills says this year it’s more important than ever to make sure no one interferes with residents right to vote.

Police will not be on the premise of voting locations, but say they are only a call away if a voter experiences any problems.

“We know our mere presence at the polls may send some people away so we want to not be at the polls as much as possible. We will only respond to the polls in uniform if there is a problem we’ve been alerted by election officials,” Mills said.

Police and election officials are looking out for voter intimidation at polling locations and ballot drop boxes. It is illegal to electioneer within 100 feet of a polling place.

“We are looking out for signs needing to be removed, anything for a candidate or a measure,” Tricia Webber with the Santa Cruz Election Office said.

“Pick up the phone. Dial 911 if they see a problem at the polls," Mills said. "If there’s a crime taking place, such as people blocking the polls or people with a weapon at the polls.”

The poll workers on site are tapped as the first line of voter safety.

“Our polling staff is trained on what is allowed and what is not allowable," Webber said. "They’ve been given some deescalation techniques to use if need be.”

This weekend a fake ballot box was reported, however there were no ballots inside and officials believe it was likely just a Halloween decoration.