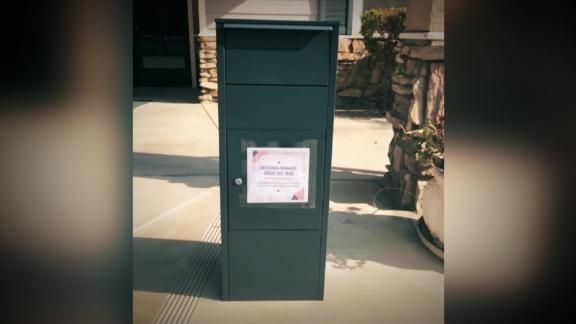 (AP) The state Republican Party has removed their unstaffed, unofficial ballot drop boxes that state officials deemed illegal, California’s secretary of state said Friday, and subpoenas are being issued to get more information about them as the state attorney general looks into possible election law violations.

Republicans confirmed they had yanked boxes that were improperly labeled “official” but say they will continue to use dozens of other boxes without the labels that have been sent to various counties.

The back-and-forth comes after a weeklong controversy over the GOP’s ballot collection in California and as votes are already pouring in to county offices in what’s expected to be a very high turnout for the Nov. election.

Last weekend, California election officials said they learned Republicans had been using their own drop boxes to collect ballots from voters at churches, political offices and some businesses in Los Angeles, Orange and Fresno counties, which all have hotly contested congressional races.

Democrats and state officials said the boxes were misleading and threatened election security. The state contended the law only allows for secure drop boxes set up by local election officials and sent a letter ordering the state Republican Party to remove its boxes.

The GOP said it would change how the boxes were labeled to avoid confusion but would continue to use them to collect ballots under the state’s rules allowing so-called ballot harvesting. Since then, Republican Party officials have repeatedly declined to say how many boxes they’re still using or all the counties the boxes are located.

On Friday, Secretary of State Alex Padilla said the problematic boxes reported last weekend were removed. State Attorney General Xavier Becerra said subpoenas were being issued to obtain information about the boxes, and urged anyone collecting ballots during the election to do so in line with the law.

But he wouldn’t say whether the state GOP’s purported plan to keep using boxes to collect ballots was legal.

“We may be told one thing in person or we may hear or receive reports of activities but until we get evidence of it we have to assume everyone is trying to comply with the law,” Becerra told reporters.

The dispute has grabbed national attention and cast a spotlight on the way Californians are voting this year due to the coronavirus pandemic. For the first time, all registered voters were mailed a ballot and can return them by mail or take them to an official drop box or voting location.

Voters also can turn their ballots over to someone else, and that person is supposed to print their name and signature on the ballot before turning it in. A much smaller number of polling places will be open on Election Day to try to limit potential spread of the virus.

More than 1.5 million ballots have already been returned in California, a tenfold increase from the same period four years ago, Padilla said.

Republicans said they believed the state’s order this week was an attempt to intimidate their supporters, and that they corrected the “official” label as soon as they were made aware. Tom Hiltachk, the party’s general counsel, said the GOP would direct its harvesters to sign the ballots where possible to show who was delivering them but that ballots in at least one county — Contra Costa — didn’t include space for them to sign.

“There’s no concession to the state because the state never asked us to concede anything,” he told reporters.

Jessica Levinson, an election law professor at Loyola Law School, said it sounds like state officials may want more time to investigate and that Becerra, a Democrat, may be treading carefully to avoid being seen as partisan.

“He wants to make it clear that this isn’t about punishing Republicans, it’s about enforcing the law,” she said. “If he can kind of take a step back and say, ‘When I see it, we’ll move forward,’ that I think allows him to try and stay ever so slightly out of the political mudslinging.” 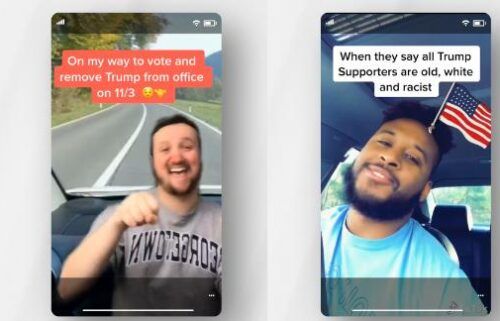