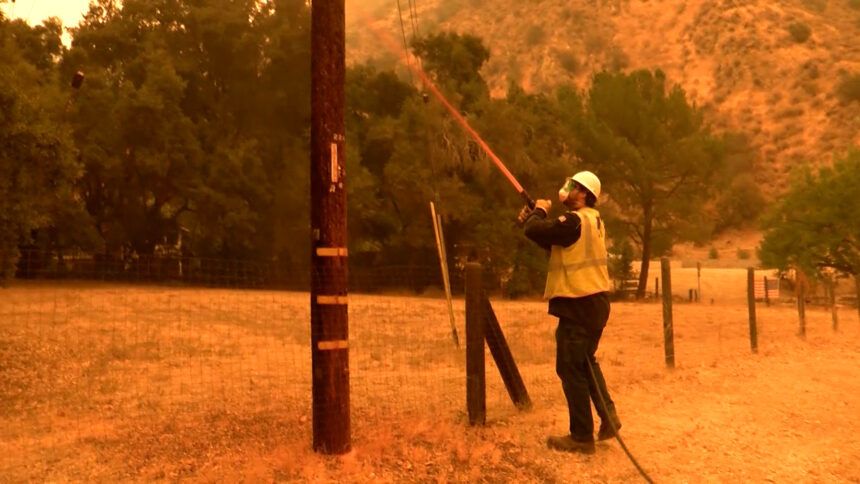 Cal Fire Officials say the Dolan Fire is the 4th largest in the area, just after the Soberanes Fire.

On Sunday, several residents made their way down Arroyo Seco Road, saying they received evacuation orders, unsure where to go next.

One woman evacuating the Arroyo Seco area says she had not experienced a fire like this since the Soberanes Fire.

“They had helicopters and planes and people dropping flame retardants, and at this time it’s really frightening because we have mandatory evacuations," says Jan Steele.

Local fire officials recounted their personal experiences during the Soberanes Fire, saying it is comparable to the Dolan Fire.

"It surpassed the hundred thousand acre size, as far as the intensity also, it had a rapid rate of spread," says Cal Fire Captain Jacobo Artiaga.

Another fire official says he recalls the efforts against the Soberanes Fire as some of the most expensive in history.

“A lot of teams came through here, It was kind of an all hands on deck approach to try to get this thing corralled, that was about a quarter billion dollars, I believe," says Kale Casey, Pacific Northwest Team 2 Public Information Officer.

The fire officials say the recent string of fires on the Central Coast and other parts of California have expanded in intensity and magnitude, something they say speaks to climate change.

“Increased temperatures, dryer conditions, extreme fire behavior, we’ve been noticing a lot of that lately and I believe that’s contributing to a lot of the fire spread that’s been actively happening across the state," says Artiaga.

Fire officials say they encourage people to be cautious of there recreational activities and avoid anything that could potentially lead to another fire.

Arroyo Seco Road is still closed off but Fire officials say that area will be used more frequently in their operations as they continue fighting to contain the fire.

Casey says the Salinas Valley Fairgrounds will be in full swing as the new command post beginning Thursday, September 17.