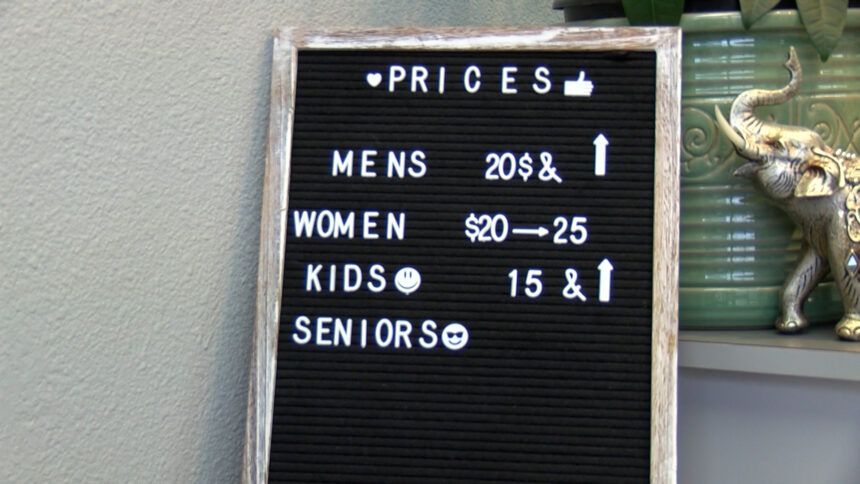 It is day one of indoor service reopening for salons and barber shops in Monterey County, but many small shop and salon owners say they worry their business may not survive despite being allowed to reopen.

Vicky Diaz is the owner of Infinity Hair Studio in Salinas and says she is happy to be back in business but is not sure her salon will make enough money to survive.

She says her biggest fear is the possibility of another round of closures, something she says could seal her fate and close her business down for good.

She says thousands of dollars of her savings went into revamping and sanitizing her entire location just to reopen.

“It’s hard because this job is the only place I can get income, where I can save, but a lot of my savings were spent on things like sanitizers, temperature check devices and disinfectants just to reopen," says Diaz.

Diaz says she is pleading to local and sate officials not to consider business closures again.

"We’ve had one closure, then two, by the next one…it will be too difficult," says Diaz.

A member of the Salinas Chamber of Commerce says potential business shut downs and permanent closures could impact city and county revenue.

"“That is understandable to expect that there would be a decrease in revenue and thus a decrease in taxes to the city. It’s just too soon to know the extent that it will be at," says Lindsey Knight.

“Not specifically in the salon industry alone, a lot of other industries including the restaurant and food and beverage industry, some of them have let us know that they will be shutting down in the next weeks to months."

Kight says smaller businesses are more at risk for shutting down as a result of financial burden due to the ongoing pandemic and the closures that ensued.

The Chamber says resources to grants and loans for business owners who need them are available on the Chamber website.