CARMEL-BY-THE-SEA, Calif. (KION) Sit at the beach and face a fine.

That is what is soon to happen in Carmel as the city cracks down on crowded sands starting this weekend.

The city says in order to keep visitors and residents safe, they will start issuing administrative citations to people who break these rules.

Under a new, enforceable order, these activities and items are not allowed at the beach:

With a heat wave expeccted to this the Central Coast over the next few days, authorities are expecting to be busy this weekend along the coast as hundreds may flock to the cooler beaches.

Carmel police say they have given out thousands of verbal warnings to people already for being on the beach without exercising, which is what is only allowed currently. The new city order now gives some teeth to what authorities have been trying to do: keep the crowds away.

"It gives us a little more power, which is what we need to get better compliance," said Chief Paul Tomasi, of the Carmel Police Department.

Violators can now face administrative citations in the form of fines: $100 for the first offense, with subsequent bookings at $200 and $500.

"Despite the signage that we have asking people not to bring items to the beach and not to sit around, we're still seeing a lot of that," said Chief Tomasi.

"I really think that's going too far," said Angie Smigelski, who was visiting Carmel Beach from Modesto on Thursday. "If it's OK for us to go out in public for other places and wear the mask, I don't see what the problem with being able to come to the beach and also wear the mask, abide by social distancing, stay with your household."

While the Carmel police chief says their goal is not to cite everyone, fines are just a tool to get better compliance. Others I spoke with point out that most families are keeping to themselves, saying it is healthy for people to spend time together outside.

"That's a hard call for me because I feel like it's healthy for people to get out and it is a little bit restrictive. At the same time, I do understand the need for protecting everyone, so.." said Marilee Nies, a Monterey resident.

With crowds packing all the usual peninsula tourist spots every weekend, other cities are mindful of the downsides. For Carmel, it is one step they feel is in the right direction.

"The goal is to protect our community and the people coming into our community. And this is one way to do it," said Chief Tomasi.

Carmel Beach is still open for exercising like walking, running, swimming and surfing.

PREVIOUS STORY: The City Administrator for Carmel has signed an order with rules of use for beaches in the city.

In addition to providing rules, the order allows police to issue a citation for each violation.

The city said the beach can be used for:

Under the order, these activities and items are not allowed at the beach:

Police will begin enforcing the order on Saturday. The fine for a first violation is $100, $200 for a second and $500 after that. 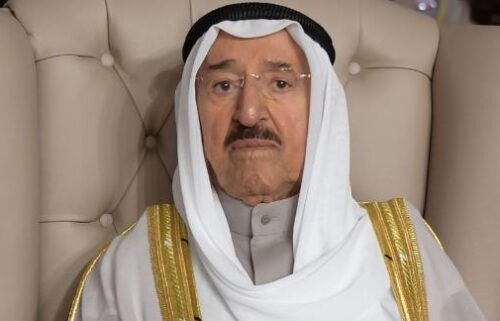