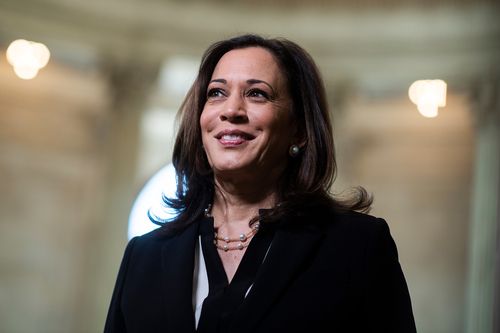 SALINAS, Calif. (KION) Leon Panetta served as Secretary of Defense under President Barack Obama. He says Obama’s Vice President, Joe Biden – now running for the White House himself, made the right choice for who would serve as his number two, selecting Senator Kamala Harris of California.

“She ran for President of the United States. We saw her in the debate. She obviously is someone that is a fighter and Joe Biden is going to need that,” Panetta said in a conversation with KION shortly after Tuesday’s announcement.

Harris is making history as the first black woman and Asian-American on a major party ticket. Panetta, a longtime Harris supporter, says this is just part of the reason she could improve voter turnout and enthusiasm.
He also points to her background as San Francisco District Attorney and California Attorney General. These experiences, he says, will help the Biden campaign in the country’s center – battleground states like Michigan, Pennsylvania and Wisconsin.

“I think that is going to be an important qualification for appealing to that moderate vote out there that is absolutely critical in those key states,” Panetta said.

It is as Attorney General where Harris crossed paths with Monterey County Supervisor Luis Alejo. Alejo, who represented California’s 30th Assembly District at the time, tells KION he was asked by Harris to craft a bill restricting guns purchased out of state.

He also authored AB 443 with her support – a bill intended to allow law enforcement to more easily and earlier seize assets from criminal organizations.  The bill died in the state senate.

"To address the serious transnational organized crime, we needed to have tools to hit them where it hurts most and what is their assets. So, certainly that was a piece of legislation that I thought would be very helpful with crime very high at that time here in Salinas and around California,” Alejo said.

"Senator Harris has her ear to the ground. She knows what diverse states like California, with a diverse population, rich in culture and language [need],” adding “[she is somebody] somebody who is going to bring those issue and have the passion to address those.”

There are critics on the left and right surrounding Harris’ time as California’s top cop. Progressive critics point to a tenure split with progressive ideas, with others policies and decisions that didn’t go far enough or kept people incarcerated.

KION asked both Alejo and Panetta if this will be an issue trying to attract progressive voters to a ticket that already includes Joe Biden.

“I think she has struck the right balance, the right tone, to address some of the racial disparities that exist and institutionalized racism," Alejo said. He adds, "she hasn’t embraced the 'defund' language, but nonetheless recognized that we do need real reforms when it comes to criminal justice. I think that is something she has been working on in our state.”

Panetta agrees even critical members of the Left will support the ticket.

"I think the Left needs to understand they have no place to go. They've got to support a change in Washington. And the only way we are going to get a change is if we unify and support Joe Biden and Kamala Harris for President and Vice President of the United States."