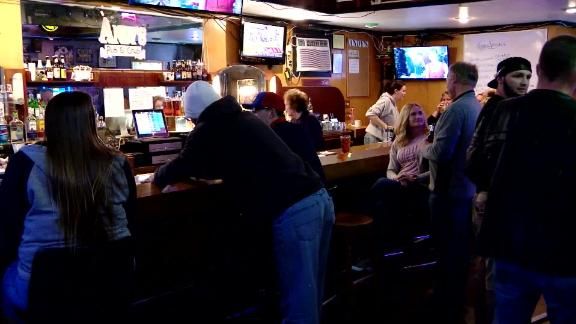 Bars, breweries and wineries are allowed to be open across the Central Coast. Humble Brewing Co. in Santa Cruz decided to pause the re-opening of its tap room.

“We don’t want to jump into anything too early and potentially jeopardize our staff's safety,” co-owner Taylor West said.

“We’re not on the cusp right now where we’d be closing any businesses,” Ghilarducci said.

In a press conference Monday afternoon, Dr. Moreno suggested the lack of a downward trend in Monterey County COVID-19 numbers could lead to a recommendation to close bars from the California Department of Public Health.

"We have exceeded the threshold [for bars to be closed] but not as long as other counties have," explains Dr. Moreno. "That's why those counties were the first to be notified."

Ghilarducci said there's a specific reason why bars are a target of the new restrictions.

“You end up having to speak very loudly to be heard. Sometimes you have to speak directly into someones ear, and people tend to project more. There’s more opportunity for spread,” Ghilarducci said.

Bar settings can also make contract tracing harder, because it's a large mixed group of people.

Humble Sea Brewing has changed its business model over the last few months, by creating an online store and to go pickup. Now, most of its beers are sold in crowlers and growlers.

“We haven’t really slowed down our production there’s no need to rush into opening our tap room,” co-owner Nick Pavlina said.

A rise in cases, a higher positive rate in testing and nearing capacity at local hospitals are the key indicators for restrictions to be reimposed.