During this pandemic a lot of parents may have worried about their children falling behind academically.

However, down the road, parents will see that they helped nurture a generation of compassionate children who learned to mobilize during a crisis by simply making the classic sandwiches.

Children like Hank Dill, 7, and his sister, Katheryn, 10, who volunteer with “All in Monterey” are some of the magic makers for this recent formed group.

On their Friday delivery route, Hank dresses to impress. He wants to look “sharp.”

Mom Amy drives them around to dozens of homes in Seaside, Pacific Grove, Marina, and Monterey where other sandwich making children will be waiting on them.

Each group of kids makes dozens of sandwiches from peanut butter and jelly to ham and cheese.

“It does nothing for me but it does everything for the homeless. Not just the homeless but people who lost their job,” said Hank.

These children are showing that even though they're "just kids," they can also make an impact on world.

“I think most people care about the people in need of food, toys and clothing,” said Katheryn.

Perhaps what all these children will remember most during their shelter-in-place days is the summer of sandwich making was spent having some quality time with their siblings and parents.

The older kids may have also learned a lesson about life’s unexpected moments and how to prepare for them.

Prepared or not these children are more than coping, they're making the most of their restricted space and spreading happiness in their communities.

"All in Monterey" is a group formed by mothers who are collecting donations across Monterey County and helping families in need and the homeless.

Karen Blackwell, the owner of a local brewery, English Ales, in Marina has been a big participant. She has offered her refrigerated storage to "All in Monterey," allowing the group to accept perishable items. Blackwell has also offered space for non-perishable goods.

"All in Monterey" says they are also communicating with the health department to ensure the safety of their volunteers during the pandemic. 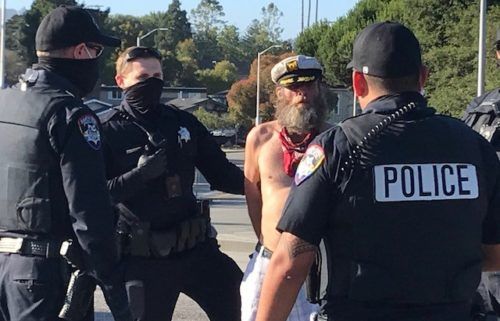