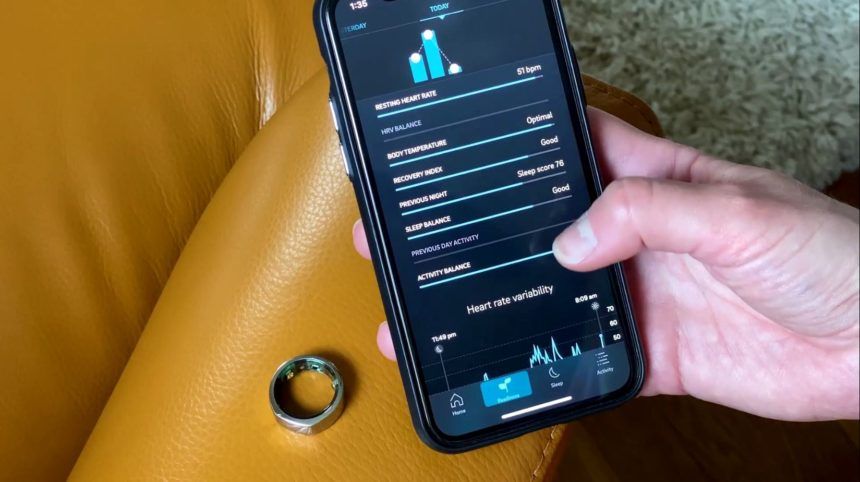 In the absence of widespread Covid-19 testing, medical groups and entrepreneurs are working to develop high tech tools and wearable devices that might help detect early signs of health changes.

Oura is a smart ring that can track a wearer's heart rate, body temperature and sleep. The data syncs with an app to alert wearers of any noticeable changes, prompting them to seek medical attention before any serious symptoms present.

Right now, the University of California, San Francisco is conducting an Oura study with 150-thousand wearers around the world, including 2,000 healthcare workers who have an increased risk of coming into contact with the virus. The hope is to collect enough data to build an algorithm to better predict symptoms, especially of Covid-19.

Oura isn't the only wearable that might be able to help detect early signs. Traditional wearable devices like the ones from Fitbit, Apple and Garmin could also be useful.

Scripps research is conducting a study to see if heart rate combined with a user's symptoms could point toward infection.

There is also a smart thermometer made by Kinsa, which syncs with an app to help users diagnose symptoms and find treatment. During this pandemic, it's collecting health data from its two million users to alert authorities of clusters of elevated temperatures.

While none of these devices can diagnose the corona virus, they can notify you of changes in your health, and when shared, help to create a data base so health experts track potential trouble spots.