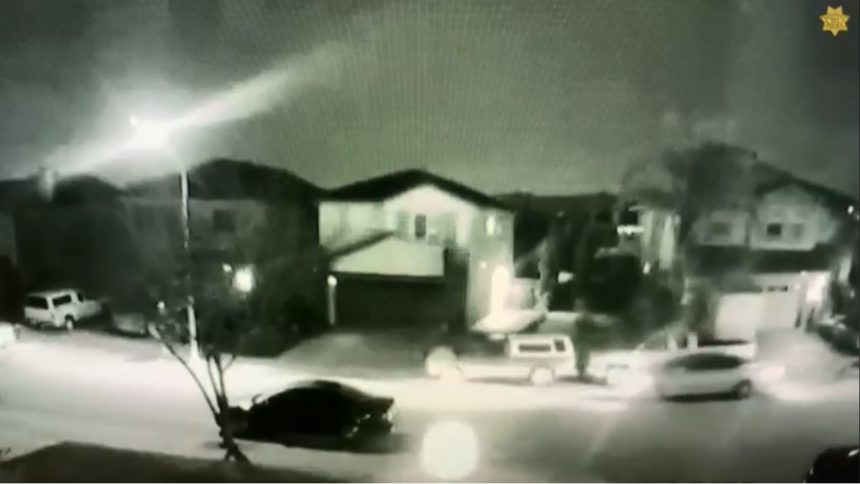 Watsonville Police are turning to the public for help finding a vehicle possibly linked to an attempted kidnapping of a 48-year-old Watsonville woman.

The victim was on an early morning jog in the area of Ohlone Parkway and Yarro Court on Sunday when she says the suspect, a man in his 20s, approached her and asked multiple times if he could speak with her.

The victim says she ignored the man and ran away from him. She says the suspect then chased after her and began pulling her into a gray sedan. While the suspect pulled the victim in, she began to honk the car horn to draw attention and wake the neighbors.

The victim was able to get away and run across the street to ask for help.

Officials have released a vehicle of interest they say is likely involved in this attempted kidnapping.

Watsonville detectives continue to gather surveillance footage from homes and businesses along Ohlone Parkway to get a better description of the suspect and his vehicle. Officers have also been canvassing the area since the case was first reported.

The victim describes the suspect as a Hispanic man in his late 20s, medium build, 5-foot-10-inches tall, wearing a white hooded sweater with blue, red and black stripes across the front.

The PD says have no other reports of similar activity happening in the city.

If you have exterior cameras facing Ohlone Parkway, you are asked to review your surveillance video from Sunday (02/09/2020) between the hours of 5:54 a.m. to 6 a.m. If you spot a gray sedan in your footage, which you believe is connected to this case or if you have any information, please call Detective Nelson Hernandez at 831-768-3358.