SALINAS, Calif. (KION) In an exclusive sneak peek into the new Monterey County jail, which has faced delays since the end of last year, the sheriff's office says it is on track to move in inmates by potentially the start of summer.

The new jail is coming into shape in February after some of the issues it faced earlier, including a setback in an electric board, were resolved. Many of the major amenities like electricity in certain parts, tables and cells doors are already in place.

The rest of the jail's structure is meant to keep inmates in.

"This is all concrete with tons and tons of rebar in it, so I don't think you can get any more secure than what this building is," said Sheriff Steve Bernal, of the Monterey County Sheriff's Office.

"Even in here, the control towers over here, there's better visibility into these housing areas than we do in a lot of the housing areas of the jail," said Sheriff Bernal.

The sheriff says there are over 200 cameras in the old part of the jail, even more at this new facility now. Along with extra walls surrounding the cells, there are barbed wires strewn all around.

But this 576-bed jail is more than just about keeping inmates in, it will also house 12 programming classrooms for Alcoholics Anonymous, drug addicts and religious events.

Mental health facilities and Americans with Disabilities Act-compliant cells are also part of the new deal. Even video calls and attorney visitation rooms are close by the cell chambers, which the sheriff says it is all about making everything more efficient for jail staff.

"It's going to minimize our inmate movement. We won't have to move them long distances like we do in the old jail now," said Sheriff Bernal.

The total capacity of the Monterey County jail system after the new building is complete will be about 1,400 beds. 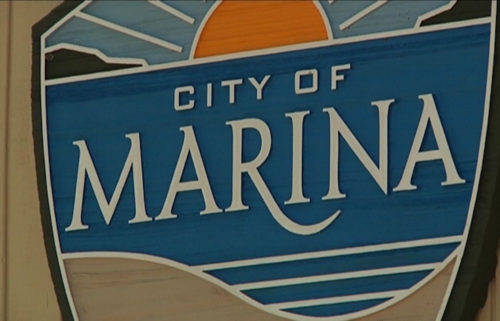