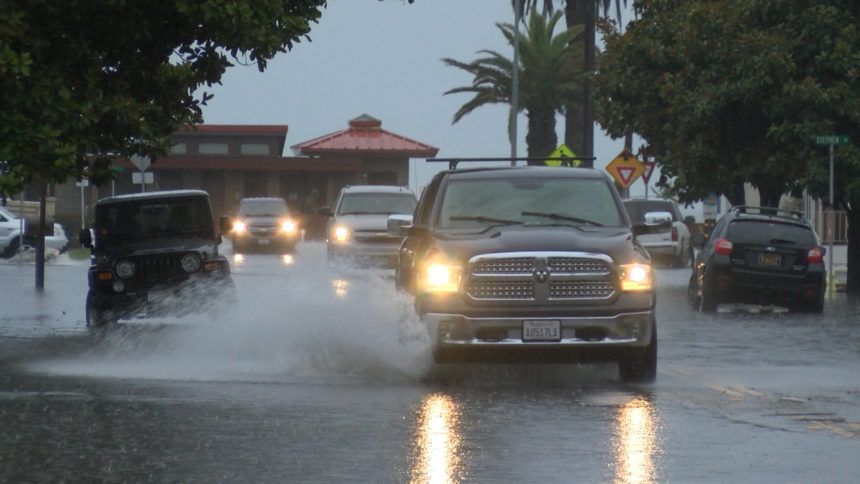 “You get better at it because you know what to expect,” said resident, Bob Johnson.

Residents have battled severe flooding for years. When heavy rain falls, they know they will soon be swimming in it. “We stay at home, try not to go out as much, and work from home,” said resident, Victoria Sarsfield.

Johnson said he is lucky that his house sits on his. He knows that others deal with water rushing into their homes. “That's a bummer. You really got to pick your spot when you live in this area. Not too close to a creek is a good idea,” said Johnson.

Aptos Creek is a big reason for the frequent and excessive flooding, according to Santa Cruz County Flood Control Division Manager, Mark Strudley. “There's no where for the water to go once the creek levels rise. It's more of an engineering issue that can't be tackled by clearing storm drains, as they are now,” said Strudley.

Strudley monitors flood levels during every storm, but said completely fixing the problem would cost around $5 million. “We would be rerouting some of the storm drains away from urban areas and away from the creek itself. We would try to percolate some of that run off into groundwater before it even reaches the creek,” said Strudley.

Strudley said the county has tried to get state and federal funding for the project for years.

In the meantime, residents said they have become pretty good at managing it. “A lot of people use sandbags. Typically people just kind of manage. We're just dealing with it,” said Sarsfield.