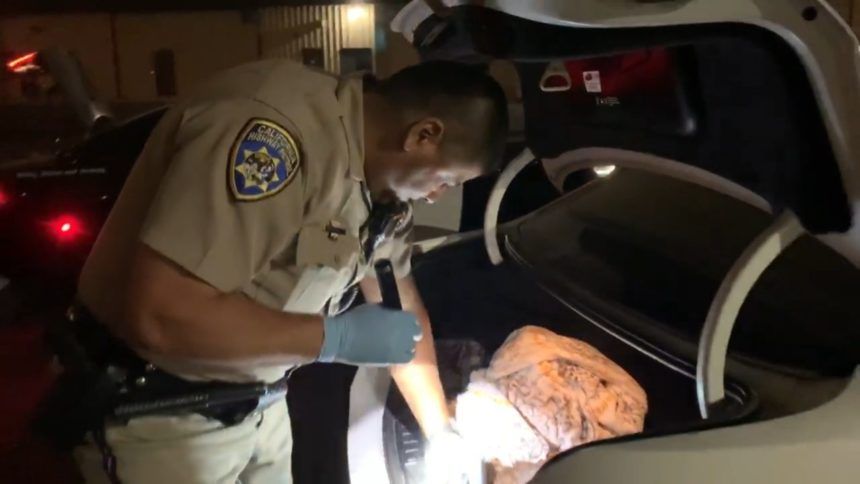 MONTEREY COUNTY, Calif. (KION) Law enforcement is looking for the driver who led them on a chase through Monterey County in a stolen car.

According to Salinas Police, officers spotted the car in Soledad Tuesday night and the pursuit began. The car was stolen out of King City.

The car involved is a White BMW. Salinas Police told KION the driver dumped the car in the parking lot of Della-Rosa Deli on Abbott Street.

There may be several suspects on the loose.