BIG SUR, Calif. (KION) The Ventana Wildlife Society has confirmed that there is a new California condor egg in the Big Sur area, and it was found in a significant location.

Its mother, Redwood Queen, laid the egg in the same tree cavity where her chick Iniko survived the Dolan Fire.

When the Dolan Fire was active last year, the Ventana Wildlife Society watched on a live camera as it burned just outside the redwood tree cavity where Iniko was being raised. The fire eventually burned through the Big Sur Condor Sanctuary and cut off the stream.

Below you can see the last 11 minutes from the nest cam that night.

Biologist Joe Burnett said in September that they were not optimistic when they hiked through the burn scar, but Iniko was found alive and well in the redwood nest. The fire got as close as ten feet below the nest cavity.

Although Iniko's father is one of eleven condors presumed dead due to the Dolan Fire, her mother, Redwood Queen, survived.

The U.S. Fish and Wildlife Service noticed that Redwood Queen and another condor named Phoenix were inside the tree cavity, and the Ventana Wildlife Society confirmed that they paired and Redwood Queen laid another egg.

Crews have a nest cam up, and you can watch it below.

Phoenix, the father of the new egg, is also a fire survivor. When he was two months old, Phoenix survived the 2008 Basin Complex Fire.

Iniko remained in the nest for a while longer after she was found, but the society said she was rescued in October after a possible leg injury. She is currently recovering at the Los Angeles Zoo but will be released into the wild this year. 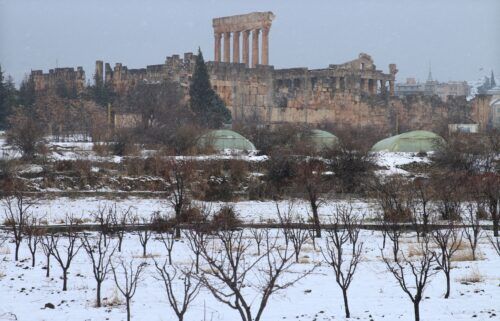