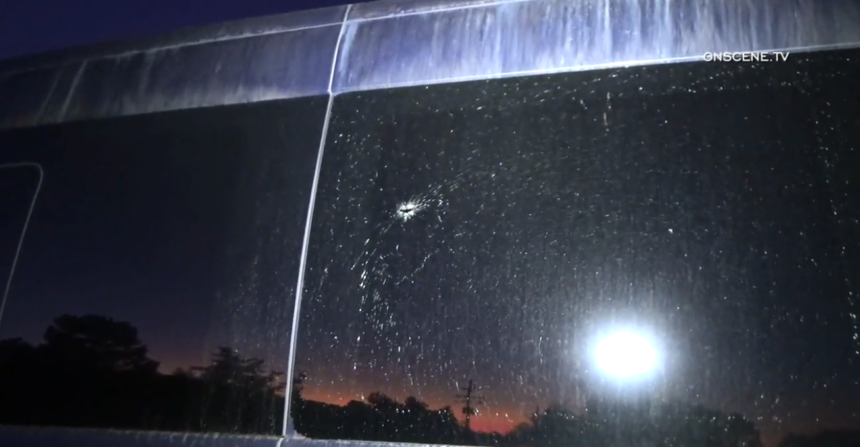 Another car was hit by a projectile on Highway 101 in north Monterey County, Monday afternoon. CHP tells KION that six people were in the car when it was hit at around 4:58 P.M. near the Red Barn.

The van was driving southbound on Highway 101 when it was struck by the flying object in the rear driver side window. The window broke, but CHP says no one was injured.

"At first we thought it was a rock hitting [the car]," one of the victim's said. "Then we saw a hole in our left side passenger window, shattered. [It was] like a big rock hitting our car."

They say they have a family member who lives in Monterey and previously mentioned the projectile cases.

"Every time she goes and visits us, she says 'Grandma, I have to leave at this time because of the shootings, and it's this area. And right now she called me because she's waiting. And she said that's the area, Grandma"

This is the 4th case of projectile attacks on Highway 101 and 156 in the Prunedale/north Monterey County area in four days. There were minor injuries in the two cases last Friday night.

By KION's count, this is at least the 42nd projectile incident since the attacks began in February 2019.