The US Department of Health and Human Services said Friday that it does not plan to renew the public health emergency declaration for mpox.

“Over the next 60 days we will focus on supporting jurisdictions and the Department to ensure the expiration of the PHE will not hinder response efforts,” the agency said in a statement. “The expiration of the PHE will signal we are leaving the emergency phase of the outbreak and are transitioning to the ongoing and urgent work of vaccinating those at-risk and providing treatments and other support to those affected so that we can continue the progress to a durable end of mpox transmission.”

To help fight potential discrimination and stigma associated with the virus’ original name, monkeypox, the World Health Organization announced Monday that “mpox” is the preferred term for the virus and illness. The group continues to designate the outbreak as a public health emergency of international concern due to continuing transmission, gaps in research, an underreporting of cases and unequal access to vaccines and treatments.

The US declaration was issued in early August amid criticism that the government had been slow to act on the outbreak, which has primarily affected men who had sex with men.

As of Thursday afternoon, 29,603 cases of have been reported across the country, with 17 deaths, according to the US Centers for Disease Control and Prevention. However, an average of seven cases are now being reported each day, down from a peak of over 600 a day in early August.

“Given the low number of cases today, HHS does not expect that it needs to renew the emergency declaration when it ends on January 31, 2023,” HHS Secretary Xavier Becerra said in a statement Friday. “But we won’t take our foot off the gas — we will continue to monitor the case trends closely and encourage all at-risk individuals to get a free vaccine.”

One of the criticisms of the Biden administration’s response to the outbreak was that HHS waited more than three weeks after the first confirmed US case to order bulk stocks of the mpox vaccine, partly out of concern about its shelf life.

More than 855,000 vials of the Jynneos vaccine have since been sent to jurisdictions across the country. An intradermal vaccination strategy allows health care workers to get up to five doses from each vial.

The appointments were critical to the efforts to get the virus under control, an administration official told CNN Friday on condition of anonymity, along with the intradermal vaccine strategy and efforts to reach out to the communities at highest risk of infection.

The administration will watch for shifts in the outbreak that may mean the response needs to be ramped up again, the official said, but officials expect case rates to stay low or fall even further. 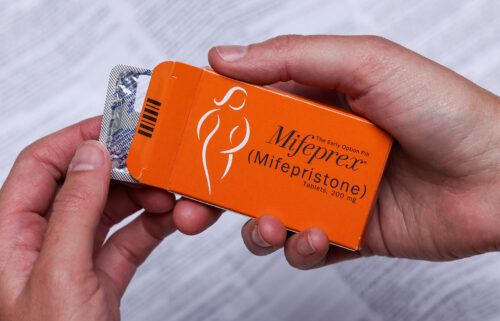