Miles’ temper tantrum had been building up from the moment he got out of the car. He clutched his mother, Kyle, and asked to go back home.

Moments later, Kyle, who didn’t want their last name used to protect their privacy, watched her 3-year-old stubbornly flop on the floor of the indoor pool deck. He eventually began crying and yelling.

It was one of their first major outings after more than a year of living in relative isolation.

As Miles’ eyes darted around, his mom noticed that her friend’s toddler was also having a meltdown.

Going to the pool had previously been a routine activity for the family, and Miles, who is typically social, had told her he was excited to go for the first time since the pandemic began.

“Talk about something that knocks you on your butt,” his mom said. “I hadn’t realized how scared he would be.”

There are many toddlers like Miles who may have been comfortable socializing before the pandemic but are too young remember those days clearly. As many people have come out of pandemic isolation, their kids may struggle transitioning to a new way of living that now includes places they couldn’t previously go.

At least for now. Parents’ decisions are still in flux. While the US Centers for Disease Control and Prevention guidelines had stated that people who are fully vaccinated can participate in many of the activities they did before the pandemic, new guidance now urges mask-wearing indoors if you are in an area of substantial or high coronavirus transmission to maximize protection from the Delta variant. (The agency is also recommending that people in K-12 schools wear masks.)

CNN spoke with two pediatric medical professionals to help parents help their toddlers navigate these new experiences. Here’s what they had to say.

Don’t ‘snap back’ into a pre-pandemic norm

Memories start forming around the age of 2.5 years, said Dr. Jenny Radesky — a developmental behavioral pediatrician and assistant professor of pediatrics at Michigan Medicine. That means a child who is currently around 3 or 4 years old doesn’t have many strong memories of what life was like before the pandemic.

Radesky encourages parents to allow kids to develop their social skills, but at a proper pace.

“This idea of getting back to normal is really overwhelming for a lot of people, so I want parents to feel that you don’t have to get your kids rushed back into everything being ‘normal’ right now either,” she said.

Dr. Neha Chaudhary, a child and adolescent psychiatrist at Massachusetts General Hospital and Harvard Medical School, also encourages families to focus on social connections and relationships, saying that it’s important for children’s overall mental and physical well-being — and parents’, too.

But she noted that after more than a year in which socializing wasn’t the norm, the transition could be hard for some toddlers, especially if they are just a little more rigid by nature.

“I would encourage parents not to snap back into treating things as business as usual … because for kids, it’s not going to be business as usual,” Chaudhary said. “Even though it’s positive, it’s still a change.”

Kyle said it has been difficult balancing her children’s physical and social health.

“Just the idea that people were the danger was just a very hard concept to get across in a way that wasn’t going to scare them into not wanting to be around people later,” she said.

When you make plans for your child — whether that’s a play date, school or camp — there are ways you can mentally prepare your child to help them feel more comfortable.

Chaudhary emphasizes that it’s “perfectly normal” for a toddler to express nervousness, fear or worry about a new social situation.

“The more information that parents can equip the kids with, the more empowered they might feel to go through that transition,” Chaudhary said.

Radesky suggests talking about the social activity in advance. If it’s something your toddler has done before, help them remember what it’s like. If they haven’t, Chaudhary says taking them to the location beforehand can help them orient themselves to a new environment.

But when last-minute plans arise, parents don’t have the luxury of preparing their child. If that happens, Radesky said parents should focus on the positive aspects of what they are doing and provide information about what to expect.

If separation from family members is an issue, Chaudhary said to arrange for the child to spend time away from parents or siblings for small increments, building up as the child gets more comfortable. For example, a short walk with a trusted adult could be a good place to start.

Since lockdown, Kyle said she has seen Miles become “intensely codependent” with his 5-year-old brother. During an outdoor school activity, she noticed that the brothers never left each other’s side to interact with their classmates.

“The whole point of it was to get them some kind of socialization, but that’s the way every other family was acting, too,” she said. “Siblings stayed together, only children just played by themselves.”

Radesky said another way to help prepare your toddler for social situations is to prime them about what they can do if they start feeling overwhelmed, such as finding the teacher and holding his or her hand.

Talk to your children

Chaudhary suggests parents open up to their child about how they cope when they’re feeling overwhelmed.

“Being proactive about asking kids about how they’re feeling and making those safe spaces to have those conversations — that’s a really healthy foundation even for little kids as they then get a little bit older and start going through more difficult transitions,” Chaudhary said.

Chloe Massey, a mother in Falls Church, Virginia, said she has spoken a lot with her 3-year-old son, Keenan, about what it means to be nervous over the past year.

When a delivery or service person would come up to the door during the pandemic, Keenan would become shy and scared, Massey said. Lip quivering, he would tell his mother, “Kee Kee’s OK,” in those moments.

Now, as the family has become more social after Massey and her husband got vaccinated, Keenan’s nerves around people have disappeared, she said.

“It funny how staying distant was just really part of our vocabulary for over a year — and part of his vocabulary — and I haven’t heard him say it in two months, not a peep,” Massey said.

Stay calm in the moment

No matter how much you prepare your child for new situations, they may unravel.

Radesky noted that young toddlers tend to communicate their emotions through their behavior, such as tantrums that help them put a halt to the situation in the moment. If this happens, Radesky encourages parents to not overreact.

“If you show that you are scared of your child’s feelings, they’ll find their feelings even scarier and even more overwhelming,” she said.

Instead, parents can help their child calm down by playing a game with them to focus on the senses, Radesky said. Just take turns describing things you can feel, smell, hear and touch.

Seek help if the problem persists

Chaudhary said there should be a low threshold for getting a well check with your toddler’s pediatrician or consulting with a therapist if you are concerned about any out-of-character behavior. If your toddler continues struggling to adapt for more than a couple weeks or their emotions become more severe — such as shutting down or not being engaged — seeking professional help can greatly benefit them.

Looking back on how the pandemic has affected her family, Kyle said she has worried about the future, noting that is has been hard to instill her values of inclusivity and helping others while she must demonstrate keeping space from people to her children.

“I’m really afraid that this will permanently alter the way we as a family interact with others socially,” she said.

She said she is often unsure how much of Miles’ struggles come from living amid the pandemic or from just being a 3-year-old.

But as months have passed since Miles’ meltdown at the pool, she said she has seen his personality start to blossom around adults.

“Any time there is more than one adult around that is kind of new to him, he just launches into these long, long epic stories full of all this creativity that we had not seen before because apparently he needs a group, an audience,” Kyle said.

It’s the resilience of young minds, Radesky said, that will ultimately help those struggling to adjust overcome their fears.

“I have no reason to feel negative or nihilistic about the prognosis of kids at large right now,” Radesky said.

Yet, Massey said she was still relieved to see that when she dropped him off for his first day of camp in June, he said “Bye, mommy,” put his backpack on, walked away and didn’t look back. 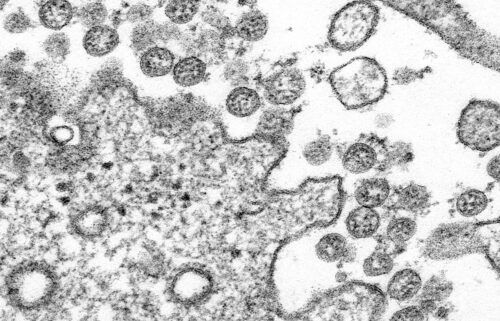 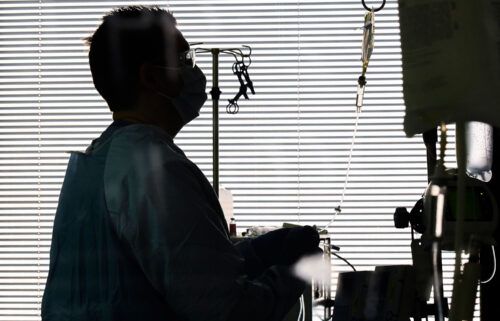