It’s almost an understatement to say that winter holiday traditions are a big deal in New York City. And after last year’s subdued events, they’re an even bigger deal now.

It’s time for the annual Rockefeller Christmas Tree Lighting, and the in-person festivities start at 7 p.m. ET Wednesday and last until 10 p.m.

Here’s a look at what you need to know whether you travel there or watch on TV as well as some fun tree facts:

Viewing the ceremony in person

To see the tree lighting in person, head to 30 Rockefeller Plaza, aka 30 Rock.

It’s part of Rockefeller Center, a complex of 19 commercial buildings between 48th and 51st streets and Fifth and Sixth avenues in Midtown Manhattan.

Mayor Bill de Blasio, the Department of Transportation and the New York City Police Department said pedestrian space will be temporarily expanded on the streets around Rockefeller Center and Radio City Music Hall.

Crowds are expected to be some of the largest in Manhattan since the start of the pandemic, and officials encourage people to use to use public transportation.

You can get there by various subway routes and short walks: the B/D/F/M trains, the 1 and 6 trains and the N/Q/R trains.

The weather forecast for tonight is a temperature of about 44 degrees F (6.7 C) and cloudy conditions. The National Weather Service says there’s a 50% change of rain after 10 p.m., so keep a close eye on the sky for your departure.

Because this is an outdoor event, there are no mask or vaccination requirements this year, a Rockefeller Center spokesperson told CNN Travel in an email.

In 2020, small groups, short viewing times and scheduled appointments were in effect as pandemic precautions.

If you can’t be there in person, you can still view the spectacle.

NBC will broadcast the lighting nationally on its “Christmas in Rockefeller Center” special. That airs from 8 p.m. to 10 p.m. ET/PT Wednesday. In addition, it will simulcast live on the new Peacock streaming service. You can also catch it on streaming services that carry NBC.

Fun facts about the tree

This year’s tree is from Elkton, Maryland, and it arrived at Rockefeller Center on November 13. It is about 85 years old.

The annual tree has a storied history.

The first tree went up in 1931, as the Great Depression was sinking its hooks into the city (and the rest of the country). Workers lucky enough to have a job lined up for their pay beneath it. Ceremonies around the tree became an annual affair in 1933. The lighting ceremony was broadcast for the first time on national television in 1951.

The largest tree came in 1999. It was 100 feet tall and came from Killingworth, Connecticut. In 2001, the plaza was a place of solace for the city and the nation after the 9/11 attacks, with the tree decorated in red, white and blue.

Besides pleasing the wave of humanity that passes by it each year, the tree serves a more practical purpose, too. After it’s taken down in early January, the tree is donated to Habitat for Humanity and turned into lumber for homes.

— The Swarovski star on top weighs about 900 pounds (408 kilograms) and features 70 spikes covered in 3 million crystals. 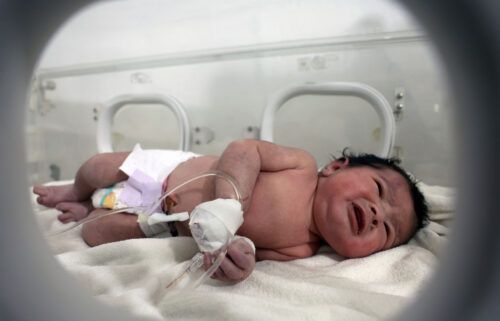