The blaze was reported shortly after 3 a.m. at an 80,000-square-foot building in the 8000 block of North Vineland Avenue, according to the Los Angeles Fire Department.

No injuries were immediately reported, and it was unclear if anyone was inside the single-story structure when the fire began.

Firefighters initially took up defensive positions at the scene, as massive flames and smoke emanated from the building’s roof, which later collapsed.

The LAFD declared the incident to be a “major emergency,” and arson investigators were summoned to the location in accordance with protocol, a news release said.

At about 4:45 a.m., the Fire Department announced that the fire was extinguished. 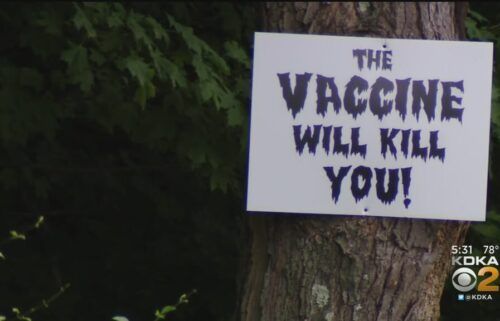