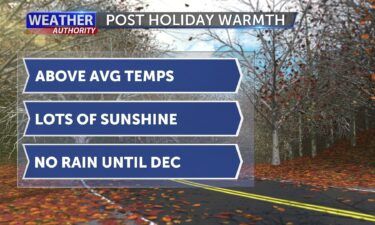 AIR QUALITY:GOOD to MODERATE for all reporting stations.WEATHER STORYIt wasn’t the meat sweats on Thanksgiving. It actually was quite toasty outside! There are more days just like that ahead. Perhaps an entire week of them! Nights remain chilly, however, so there’s that. The next rain will hold off until at least December 4th or… Continue Reading

Air Quality Report (As of 6:30am)
Good to moderate for all reporting areas.

Weather Story: Building high pressure from the south is working against any further rain chances. Weather systems will pass to our north and send some clouds our way, but that’s about it. High pressure will strengthen as we head into the end of the week with a gradual warm-up. High temps may be 10-15ºF above normal later in the week.

Another large, long period northwest swell will impact the coast from Tuesday morning through Wednesday afternoon with breaking waves of 20 to 25 feet, locally up to 30 feet at favored breakpoints. Initial forerunners of 4 to 6 feet at 20 to 22 seconds will arrive Tuesday morning result in an increased risk for dangerous sneaker waves and rip currents. The swell and associated waves will build through the day Tuesday before peaking Tuesday night. Additionally, high astronomical tides commonly referred to as King Tides will again impact the coast resulting in minor coastal flooding around the time of high tides on Tuesday morning.

-For the Coastal Flood Advisory, minor coastal flooding expected. For the High Surf Advisory, large breaking waves of 20 to 25 feet, locally up to 30 feet at favored breakpoints. Initial forerunners of 4 to 6 feet at 20 to 22 seconds will arrive Tuesday morning result in an increased risk for dangerous sneaker waves. Additionally, these waves will result in an increased risk of strong rip currents and coastal erosion.

-Flooding of lots, parks, and roads with only isolated road closures expected. Large breaking waves can sweep people off jetties and rocks, and into the frigid and turbulent ocean water. Life-threatening swimming conditions and localized beach erosion can be expected. Cold water rescues or drownings are more likely with these waves and stronger rip currents.

If travel is required, allow extra time as some roads may be closed. Do not drive around barricades or through water of unknown depth. Take the necessary actions to protect flood-prone
property.

Overnight: A few low clouds may push in with patchy fog. Lows will be in the mid 30s-40s.

Extended:  Dry conditions can be expected through the week. Building high pressure will continue to block storms and push them off to our north. We’ll see occasional passing high clouds, but that’s about it. Temperatures will slowly climb into the end of the week with highs ranging from 5-15ºF above normal all the way into next week. Next rain chances may hold off until the last week of January. 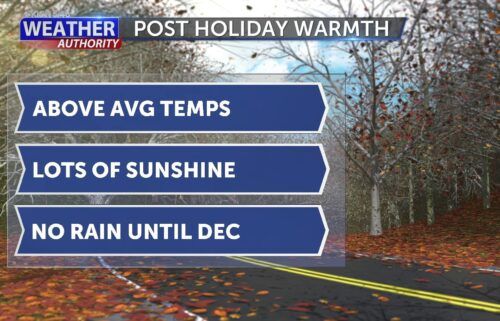 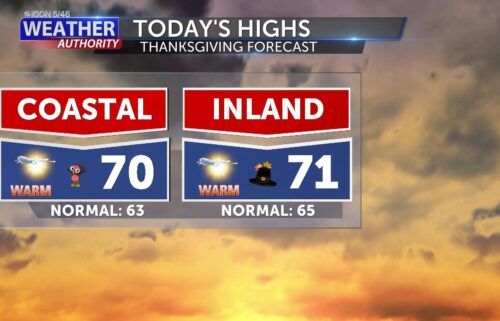