WEATHER STORY
As we finish out the holiday weekend, gusty northwesterly winds will be a key player in the forecast. A red flag warning is in effect for our neighbors just to the northeast of Santa Clara County, so it suffices to say that fire danger is elevated for our interior locations as well. Closer to the coast, we'll see cool and gusty winds and below normal highs as a result. However, noticeable warming is then expected by mid-week, especially for inland cities. Stay tuned to the forecast for fire alerts that may pop up in our area!

***GALE WARNING***
Now until 3AM Tuesday, May 31st for near coastal waters from Point Pinos down to Point Piedras Blancas (not including Monterey Bay).
Expect northwesterly winds sustained at 25 to 30 knots, with gusts up to 40 knots. In addition, expect seas of 9 to 13 feet at 10 seconds.
These conditions are hazardous for mariners. Remain in harbor if possible.

Tuesday: For inland areas, expect noticeably warmer temperatures in the mid to lower 80s, and (finally!) a tad less wind. Things will still be gusty in valleys during the afternoon, but perhaps less so than in the previous days. Coastal areas will warm slightly, but breezy conditions will still keep things feeling mild to cool. More sunshine for all!

Extended: High pressure will trek its way eastward, effectively warming regionwide temperatures into the mid to upper 80s inland and 70s at the coast by mid week. Critical fire danger will remain just to our northeast as humidity values lower. By the end of the week, things will have cooled off slightly with some increasing cloud cover. 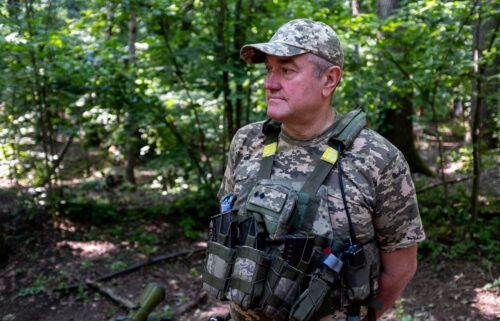