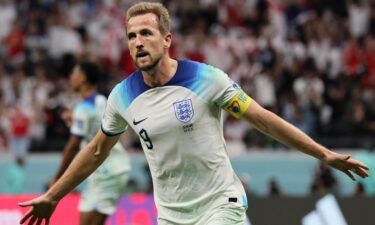 The Netherlands beat Belgium 1-0 in Amsterdam thanks to a second-half header from Liverpool defender Virgil Van Dijk, while Croatia sealed its place in next year’s semifinal with a 3-1 win away to Austria.

Louis van Gaal’s side has been totally dominant in the Nations League group stages, going undefeated and winning five of its six matches to finish six points clear of Belgium in second place in Group A4.

Croatia, meanwhile, narrowly edged Denmark to the top spot in Group A1 as Luka Modric, Marko Livaja and Dejan Lovren sealed victory over Austria for the 2018 World Cup finalist. Qualification to the Nations League final four marks an impressive turnaround for Croatia, which disappointingly lost its opening group stage match at home to Austria.

The Danes will likely be feeling unlucky to have beaten France and still missing out on qualifying, finishing on 12 points behind Croatia. Kasper Dolberg and Andreas Skov Olsen got the goals that sealed a memorable win over France, which avoided relegation thanks to Austria’s defeat.

Les Bleus finished third, one point ahead of Austria, but managed just one win from six and scored a meager six goals, the worst attacking record in the group.

Though the team has recently been hit by injuries, it’s been a concerning period for France — also the defending Nations League champion — as Deschamps begins to put the finishing touches to his World Cup squad.

This international window is the last time teams will play together before the World Cup gets under way on November 20.

“We had a lot of chances, but we were not aggressive enough and made several technical mistakes,” Deschamps said, per the Guardian. “We had a young team and they don’t have the experience of a high level. Tonight was a reality check.

“I’m not worried for the World Cup because we’ll get most of our injured players back in time. We don’t, however, think we’re stronger than the others and we know it’s going to be a big fight.”

Portugal vs. Spain on Tuesday and Hungary vs. Italy on Monday will decide the final two finals places.

The Nations League finals — the two semifinals, final and third-place playoff — take place from June 14-18, 2023, with Belgium, Poland, Netherlands and Wales all declaring interest to host.