Chelsea manager Thomas Tuchel and Tottenham boss Antonio Conte were both sent off at the end of their side’s 2-2 draw on Sunday after clashing in an ill-tempered affair at Stamford Bridge.

The pair had been locking horns throughout the second-half, but the feud reached a boiling point shortly after the final whistle after Harry Kane had scored a last-gasp equalizer for the visitors.

Things looked to be relatively calm as both managers went for the customary handshake, but the two managers erupted when it appeared that Tuchel wouldn’t let go of Conte’s hand after the Spurs boss failed to look his opposite number in the eye.

Staff and players from both sides ran in to separate the emotional two men in what was a fitting end to a fiery match played in scorching heat.

“We did not insult each other, we did not hit each other, we were fighting for our teams and, from my side, there’s absolutely no hard feelings. I’m surprised that we both got a red card for that.”

The pair had clashed earlier in the game after Conte irked Tuchel with his enthusiastic celebrations when Tottenham initially equalized to make it 1-1, Pierre-Emile Højbjerg canceling out Kalidou Koulibaly’s opener.

However, Tuchel was no shrinking violet after Reece James made it 2-1 to Chelsea, with the German running down the touchline after admitting the match “sucked me in.”

‘Lucky I didn’t see you’

After the game, though, Tuchel was more annoyed with the refereeing performance from Anthony Taylor and felt aggrieved by decisions that led to both of Tottenham’s goals.

The Chelsea boss was annoyed after striker Kai Havertz was seemingly brought down by Rodrigo Bentancur in the buildup to Tottenham’s first goal which also included a possible offside.

The situation only intensified after Tottenham defender Cristian Romero seemingly pulled on full-back Marc Cucurella’s hair at the corner that led to Kane’s 96th-minute equalizer.

The FA said it would be investigating the post-match comments from Tuchel who criticized Taylor’s performance.

Former Chelsea manager Conte, meanwhile, would not be drawn into commenting on the stormy touchline antics, but he did direct a tongue-in-cheek post on social media to his counterpart.

“Lucky I didn’t see you. Making you trip over would have been well deserved,” he wrote on his Instagram story, alongside a video of Tuchel celebrating his side’s second goal by sprinting down the touchline.

The handshake between the two managers has been shared — and memed — widely on social media and all eyes will now be on the return fixture in February next year.

The punishment for the red cards will now be decided upon by an independent regulatory commission. 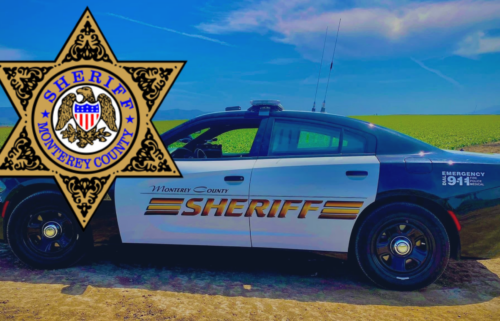