Oklahoma pastor Jackson Lahmeyer’s quest to win a seat in the US Senate in his home state recently led him to the Phoenix coliseum that has become a beacon for the Trump faithful seeking to overturn the 2020 election.

Lahmeyer is among a slew of 2022 political aspirants or lawmakers who’ve trekked to the site of the Arizona Senate’s “audit,” to cozy up to former President Donald J. Trump’s supporters and tie themselves to the phony notion that the election was stolen.

These GOP politicians have used the Arizona audit’s key role at the center of the stolen-election narrative to draw attention to their own 2022 campaigns, and as evidence of their commitment to Trump as they fundraise.

Among others who’ve made the journey: Vernon Jones, a former Georgia lawmaker who spoke at Trump’s Jan. 6 rally in DC, and is running to unseat Gov. Brian Kemp, whom he’s called “a traitor;” Chuck Gray, a Wyoming state house member mounting a primary challenge against Rep. Liz Cheney; Amanda Chase, a Virginia state senator who spoke in DC on Jan. 6, was censured by her state senate, and flirted with an independent candidacy after losing the GOP nomination for this November’s Virginia gubernatorial race; and Eric Greitens, who resigned as Missouri governor in 2018 amid reports he’d abused and blackmailed a woman with whom he was having an affair. Greitens admitted the affair but denied blackmailing her, and the charges against him were dropped. He is now running for the US Senate seat left open next year by Sen. Roy Blunt’s retirement.

Trump himself is scheduled to visit Arizona this Saturday, where he looks to claim, yet again, that the Arizona audit will be the first domino in showing fraud in a string of states that Biden narrowly won, including Georgia, Michigan, Pennsylvania and Wisconsin.

In this narrative, truth doesn’t merely take a back seat. It gets tossed to the side of the road.

Take last week’s GOP briefing at Arizona’s state capitol, where Doug Logan, lead contractor on the review of ballots in Maricopa County, said “we have 74,243 mail-in-ballots where there is no clear record of them being sent,” and 11,326 people whom he said were not on the Nov. 7 voter rolls but showed up on the final roll of voters on Dec. 4.

Election experts, analysts and reporters quickly debunked Logan’s claims online and in news stories, noting they seemed to be based on Logan misunderstanding or misstating how the voting process worked.

But that didn’t matter. Within minutes, and in the week since, Donald Trump and a slew of GOP election conspiracists trumpeted these supposed findings across social media as “proof” the election was stolen. And candidates touting their fealty to Trump were quick to tweet, re-tweet or otherwise post Logan’s debunked claims and call for more audits.

From the start, with Arizona Senate President Karen Fann hiring the Cyber Ninjas firm, a little-known firm inexperienced in election audits, run by a man who’d repeated wild conspiratorial fraud claims; to the review being funded with great secrecy by private, likely partisan sources; through the company initially handing auditors blue pens until a reporter pointed out they could be used to change how ballots are read; to, more recently, contractors sending reams of vote data off to a mysterious cabin in Montana, in the latest portion of the audit, the Arizona vote review has been fraught.

There could scarcely be a deeper canyon than the one between how election experts see the audit and how Trump-backing GOP candidates describe it.

“Was this deliberate from day one for fundraising?” asked Harri Hursti, founder of Nordic Innovation Labs, and a data-security expert who recently completed a conventional election audit in New Hampshire, about the Arizona vote review. “This whole thing is theater … it’s all smoke and mirrors and theater.” The New Hampshire audit, by contrast, found that a borrowed folding machine in the town of Windham caused 400 ballots to be improperly counted, but that there was “no basis to believe that the miscounts found in Windham indicate a pattern of partisan bias or a failed election.”

Trey Grayson, a Republican and former Kentucky Secretary of State, co-wrote a recent report on the Arizona audit for the States United Democracy Center, a nonprofit focused on fair and secure elections. It detailed huge flaws in the audit’s processes, poor security, high levels of built-in error and other problems.

“If you are a Republican who has concerns about this election, you shouldn’t trust the outcome of this review in Arizona,” Grayson told CNN.

“Routine audits of vote counts are important,” said Mark Lindeman, acting co-director of Verified Voting, a nonpartisan election-integrity nonprofit that earlier this year worked with Georgia on a full hand count of its vote and with Pennsylvania on a risk-limiting election audit. Both indicated that the original results were substantially accurate.

But in Arizona, he said, “The problem seems to be that Trump lost, and that’s what they’re trying to fix; but that’s not what audits do.” He called the procedures Cyber Ninjas and the other subcontractors in Arizona are following bizarre, adding, “It’s a process that can only raise more questions, muddy the waters … None of it makes much sense, except as a way to increase doubt.”

Maricopa County’s GOP-led Board of Supervisors also has termed the Arizona Senate’s audit unnecessary, with board chairman Jack Sellers last week issuing a statement that, “It’s clear the people hired by Arizona Senate leadership to supposedly bring integrity to our elections are instead just bringing incompetence.”

But many of the GOP candidates and lawmakers visiting Arizona, who have eagerly fomented lies about the 2020 vote, and embraced vicious and radical rhetoric about those who disagree with them, dismiss such criticisms.

“I don’t care what a GOP board says; you have a lot of RINOs occupying positions they should not be in,” said Oklahoma’s Lahmeyer, using the term for “Republicans in name only.” Lahmeyer, who touts his endorsement from disgraced former Gen. Michael Flynn, and hopes to unseat GOP Sen. James Lankford in 2022, termed Lankford “a traitor,” for voting on Jan. 6 to certify President Biden’s victory. As of June 30, Lahmeyer reported raising just more than $250,000 to the Federal Election Commission. Lankford’s FEC reports show he’d raised $2.3 million as of that date.

“Absolutely,” the election was stolen from Trump, said Gray, the Wyoming lawmaker challenging Cheney. Trump has regularly attacked Cheney for voting to impeach him and for rejecting his claims the election was stolen, scurrilous claims and nonsensical rhetoric Gray eagerly echoed. “We’ve … got to expose the truth, got to stop the fake news media, Liz Cheney and the coalition of radical socialists,” he said.

Jones, the former Georgia lawmaker, has called Gov. Kemp “a traitor” for rejecting election fraud claims. Asked about his visit to the Arizona audit and his claims of fraud in Georgia, Jones said, “It has helped my campaign. From day one, I’ve talked about things I described as violation of the Constitution, the procedures followed in counting absentee ballots.” His fundraising website specifically asks for contributions to “ensure that Georgia’s elections are never stolen by Democrats again.”

Lawmakers and candidates from Pennsylvania, Michigan and Wisconsin, too, have visited Arizona amid calls for audits in their states. According to the Milwaukee Journal Sentinel, the visits of the four Wisconsin lawmakers were paid for by OAN personality Christina Bobb’s Voices and Votes nonprofit. None of the four nor Bobb responded to interview requests by CNN. Bobb has said on her website she’s raising funds for the audit.

Chase, the Virginia lawmaker, said she plans to push for an audit in Virginia when its legislature goes into session in August. “I do believe there were irregularities and an organized effort by Democrats to steal the election from President Trump, and thousands of votes flipped. There needs to be a forensic audit in every state,” she said.

And in Arizona, where term-limited Gov. Doug Ducey won’t be running for reelection, at least two GOP candidates for governor have echoed on social media Logan’s debunked claims about election problems.

Lindeman, of Verified Voting, sighed during a discussion of such claims, and said that while election audits can always be improved, “they were better in 2020 than they have ever been.”

“There is no rational basis for the notion that something terrible happened in November 2020 and we have to keep investigating and investigating until we find it,” he said, adding that, “what’s been lost is any shared national commitment to look for facts.” 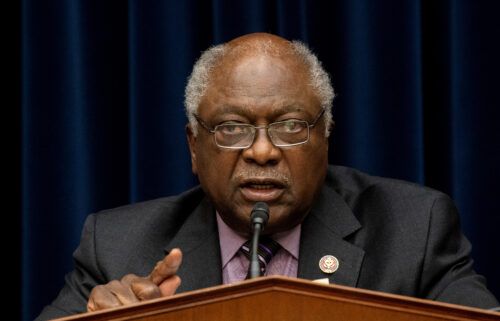