A congressional panel accused the Trump administration of vastly overpaying for 43,000 ventilators during the coronavirus pandemic after mismanaging the negotiations for a critical contract.

The staff report written by a House Oversight subcommittee blames the administration for accepting ventilator manufacturer Philips Respironics’ first offer in March 2020, agreeing to a higher price than every other American purchaser negotiating a contract with the company between mid-December 2019 and May 2020.

The report claims that the Trump administration could have overpaid by as much as $500 million, comparing its contract to one negotiated by the Obama administration in 2014. The report cites “thousands of pages of previously non-public documents,” including emails between Philips and the Administration. Both the White House and Philips reject the report’s conclusions.

The report says that the company and the federal government agreed in 2014 for “the development and purchase” of 10,000 ventilators for $3,280 apiece. After granting Philips multiple deadline extensions on the Obama-era contract, the Trump administration’s Department of Health and Human Services agreed to a new contract purchasing 43,000 units of a different ventilator model for $15,000 apiece even though other American purchasers negotiated cheaper contracts with Philips, according to the report.

The panel’s staff wrote that “there is no indication” the ventilators purchased in 2020 provided “any benefit” over the ventilators at the center of the negotiations between Philips and the Obama administration.

Philips told the subcommittee staff that under the contract struck with the Trump administration, it is not obligated to finish its delivery of the ventilators until September 2022, according to the report. It sent 200 ventilators to HHS in June, about six weeks after the panel’s probe formally began, the report states. An HHS spokesperson told CNN that while they couldn’t comment on certain contracts, “some” of the Philips ventilators “received from this contract are already in use to treat COVID-19 patients across the country” and follow all regulations.

Philips said on Friday that the 2014 contract was “chiefly a research and development contract” in which HHS also requested ventilators at prices “considerably lower than commercial prices.” The company said the 2020 contract offered the US government a “discount” since the list price for the ventilators chosen by HHS is more than $21,000.

The congressional report found that HHS paid more for Philips ventilators than more than 90 other purchasers in the United States. The subcommittee claimed that the vast majority of US purchasers were able to negotiate prices to between $9,327 to $12,133 per unit compared to the US government’s agreed upon price of $15,000.

“The American people got ripped off, and Donald Trump and his team got taken to the cleaners,” said Illinois Democratic Rep. Raja Krishnamoorthi, the chairman of the Subcommittee on Economic and Consumer Policy, in a statement. “The Trump Administration’s mishandling of ventilator procurement for the nation’s stockpile cost the American people dearly during the worst public health crisis of our generation.”

But Judd Deere, a spokesman for the White House, called the report “partisan,” “misleading” and “inaccurate.”

“This partisan report is nothing more than a stunt that is only meant to politicize the coronavirus,” wrote Deere. “Because of the President’s leadership, the United States leads the world in the production and acquisition of ventilators. No American who needed a ventilator was denied one, and no American who needs a ventilator in the future will be denied one. Democrats should be ashamed of themselves for this misleading and inaccurate report.”

The HHS spokesperson said the administration “ensured the federal government procured enough equipment to care for all hospitalized patients in the United States who needed a ventilator for respiratory support related to COVID-19 infections.”

The spokesperson added that the department “follows all Federal Acquisition Regulations for Strategic National Stockpile contracting efforts” and “moved with deliberate and determined speed to secure supplies and equipment needed by frontline U.S. healthcare workers responding to the COVID-19.”

The report is also harshly critical of Philips, accusing it of profiteering during a crisis. The leader of Philips Respironics’ parent company strongly disputed the report’s findings.

“We do not recognize the conclusions in the subcommittee’s report, and we believe that not all the information that we provided has been reflected in the report,” said Frans van Houten, CEO of Royal Philips, in a statement. “I would like to make clear that at no occasion, Philips has raised prices to benefit from the crisis situation.”

“Philips is proud to make its contribution to combatting the pandemic through its acute patient care and diagnostic products,” he added.

This story has been updated with comments from an HHS spokesperson. 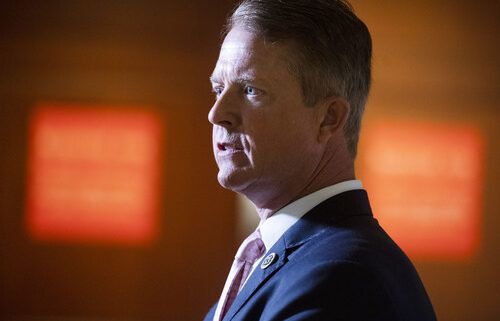 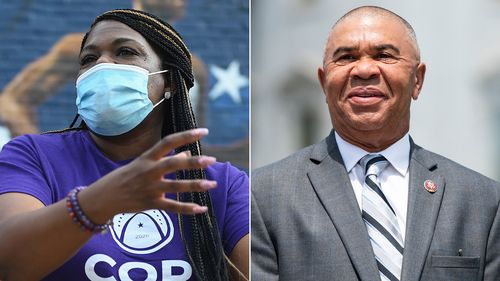