Attorney General William Barr snapped back after days of watching critics argue that his complacency and silence amid rising concern about President Donald Trump’s influence over the Department of Justice were undermining the entire American system.

The attorney general is normally happy to quietly appear complicit — on slow-walking the Mueller report, Trump’s demands that his conspiracy theories be investigated, whatever — but he drew the line Thursday at Trump’s tweets.

“I cannot do my job here at the department with a constant background commentary that undercuts me,” Barr told ABC News in a stunning rebuke of his boss. He added that he won’t be “bullied” by Congress, the media or the President.

But let’s recall Barr’s slow-walk release of the Mueller report, from which he cherry-picked the parts most favorable to Trump. His words must be considered carefully. And context is key here.

What set all this off was the Justice Department’s decision to undercut its own line prosecutors on their sentencing recommendations for longtime Trump ally Roger Stone, who was convicted last year of lying and witness tampering, after Trump tweeted his objections.

Barr did not, in what ABC released from the interview, criticize Trump’s interest in the criminal case. And he agreed with Trump’s argument that a sentence of seven to nine years sought by the prosecutors was too harsh.

Who is Barr’s audience?

In addition to Trump and Americans concerned about apparent bias in the US justice system, Barr may be trying to head off a potential internal insurrection. Read this report by CNN’s David Shortell, Evan Perez and Katelyn Polantz about the internal strife at the Justice Department following the Stone mess.

Whose side is McConnell on?

Senate Majority Leader Mitch McConnell’s response in a Fox interview: “I think the President should listen to his advice.”

Also Thursday, some Republican lawmakers stood up to Trump on foreign policy. Eight Republican senators joined Democrats to attempt to rein in Trump’s war powers after he recently ordered the killing of an Iranian general. Trump, who warned against the vote, is expected to veto the measure and it lacks enough support in the Senate or the House for an override.

Interestingly, Sen. Mitt Romney of Utah, the Republican who voted to remove Trump from office just days ago, sided with the President on this issue.

The vote was 55-45. According to CNN’s report, the Republican ayes were: Lamar Alexander of Tennessee, Todd Young of Indiana, Mike Lee of Utah, Lisa Murkowski of Alaska, Susan Collins of Maine, Rand Paul of Kentucky, Bill Cassidy of Louisiana and Jerry Moran of Kansas.

By frightening, cajoling, threatening, bullying and just generally seeking to diminish the people who speak out against him, Trump has managed to muzzle the very long list of former aides and Cabinet secretaries he fired, pushed out or wore out.

John Kelly finally speaks. That’s why it caused a minor stir that Kelly, Trump’s former chief of staff and Homeland Security secretary and a retired Marine general, stood up, ever so slightly, for Lt. Col. Alexander Vindman. Read about it here.

“Having seen something ‘questionable (in the call),’ Vindman properly notified his superiors,” Kelly said at an event at Drew University, according to The Atlantic. “When subpoenaed by Congress in the House impeachment hearings, Vindman complied and told the truth.”

“He did exactly what we teach them to do from cradle to grave,” he said, according to the magazine. “He went and told his boss what he just heard.”

The Atlantic wrote this up as “John Kelly Finally Lets Loose on Trump,” but Kelly’s comments at Drew University were far from scorched earth. As far as disassociations go, this was as milquetoast as they come.

He also thinks Trump got played. Kelly also admitted, regarding North Korea, that he “never did think (Kim Jong Un) would do anything other than play us for a while.”

Which, duh. Kelly also said he doesn’t think the press is the enemy of the people. Which, thanks. That’s also true.

But even this modest break, a far cry from the federal prosecutors who stepped back from the Roger Stone case after Trump criticized their work, is amazing for the simple fact that it occurred. It comes after two previous appearances in which Kelly said he believed John Bolton and that he had warned Trump of impeachment.

Kelly’s comments drew angry tweets from Trump, who belittled Kelly as “over his head” at the White House and who said Kelly had a “a military and legal obligation to” “keep his mouth shut.”

Unlike senators, Kelly has no obligation to speak. Kelly is, in that way, very different from the Republican senators, who have a constitutional obligation to conduct oversight of the White House but have taken on a “what, me?” attitude and remained very quiet about Trump’s actions.

Others with a clear gripe against Trump have spoken out even less than Kelly.

Former national security adviser John Bolton still has not spoken up, even though he basically offered to testify at Trump’s impeachment trial. He has a book on the way and it’ll publish before Election Day, assuming it can get through a declassification process at the White House. (He defended Kelly on Thursday.)

Former Secretary of State Rex Tillerson has kept mostly quiet, even though he was pushed out because he thought Trump’s policies were dangerous and he once called Trump a “moron” behind closed doors.

He gave a seven-hour debrief to lawmakers on Capitol Hill in which he revealed more frustration with Jared Kushner than Trump. He did say, during the impeachment effort, that it was wrong to seek personal favors from foreign governments.

Former Defense Secretary Jim Mattis raised the alarm about Trump’s policies in a parting letter when he resigned. But he hasn’t turned publicly on his old boss since then. He did make fun of Trump’s Vietnam avoidance during an annual roast, the Gridiron dinner, in October in Washington.

Every top adviser seems to reach some kind of breaking point. But it’s remarkable for Trump that they have acknowledged that but still kept relatively quiet.

Former Homeland Security Secretary Kirstjen Nielsen, Kelly’s former deputy, said she didn’t regret the controversial policies she had enforced. But she implied that the policies could have been much more controversial. “There were a lot of things that, there were those in the administration who thought that we should do, and just as I spoke truth to power from the very beginning, it became clear that saying no and refusing to do it myself was not going to be enough, so it was time for me to offer my resignation,” she said at a FORTUNE Most Powerful Women Summit.

Not everyone stays quiet. Omarosa Manigault Newman wrote a book and has become a Trump antagonist. Anthony Scaramucci has also turned on his former boss. Both were removed from the White House by Kelly.

Why the whistleblower really mattered

The most damaging truth-telling from inside Trump’s White House has come in the anonymous variety.

The Ukraine whistleblower followed the law to tell Congress about political favors Trump tried to exact from Ukraine and kicked off the impeachment effort, but has maintained confidentiality despite an all-out online assault by Trump’s allies and repeated efforts by Republican lawmakers to unmask him or her.

Then there’s the anonymous White House staffer who in a New York Times op-ed argued bureaucrats stomped on Trump’s more frightening whims but in a book, “A Warning,” argues Trump should not be reelected. There’s been much conjecture about who Anonymous is, and we still don’t know.

Trump wants to limit the circle of people who can call him out. The President has been dogged by leaks about his calls with foreign leaders, in particular, since the beginning of his presidency. He said Thursday in an interview with Geraldo Rivera that he is thinking about blocking aides from listening in. “When you call a foreign leader, people listen. I may end the practice entirely, I may end it entirely,” Trump said.

Hope Hicks gets a fresh start

Silence and loyalty are rewarded in Trump’s world. He’s alienated many of the people who worked in the administration, but others stayed loyal and quiet and are headed back to the White House.

By the way, Trump now admits sending Giuliani to Ukraine

Trump, emboldened after his impeachment acquittal, now openly admits to sending his attorney Rudy Giuliani to Ukraine to find damaging information about his political opponents, even though he had strongly denied it during the impeachment inquiry.

In their interview, Rivera asked Trump: “Was it strange to send Rudy Giuliani to Ukraine, your personal lawyer? Are you sorry you did that?”

Trump responded, “No, not at all,” and praised Giuliani’s role as a “crime fighter.”

Don’t forget about the Democratic primary

Thursday kicked off with an Associated Press report on Michael Bloomberg’s nonchalant reference to the racist system of “redlining” in mortgage lending, the end of which he said in 2008 had contributed to the housing crisis.

Elizabeth Warren in particular seized on the moment. She reissued a video about the racist practice. Warren, whose political career grew out of her consumer advocacy, has talked as much or more about the legacy of redlining than any other candidate. And it’s been sourced as a root cause of numerous enduring racial disparities in umpteen of her plans. Which is to say, she didn’t parachute into this issue or news cycle, notes CNN’s Greg Krieg.

But you know who else jumped in? Trump, who traded tweets with Bloomberg, and Trump allies like Corey Lewandowski, who shared video of Bloomberg talking about his New York soda tax and endorsing it as a tax on the poor.

– Michael Bloomberg is paying big bucks to make himself meme-able.

– Here’s why Bloomberg’s comments on redlining are so damaging.

– And, finally, check out this anti-Bloomberg Twitter thread about how his willingness to spend so damn much money is crowding everyone else out.

What are we doing here?

The American system of government has been challenged to deal with a singular President and a divided country that will decide whether he should get another four years in the White House.

Stay tuned to this newsletter as we keep watch over the Trump administration, the 2020 presidential campaign and other issues of critical interest. 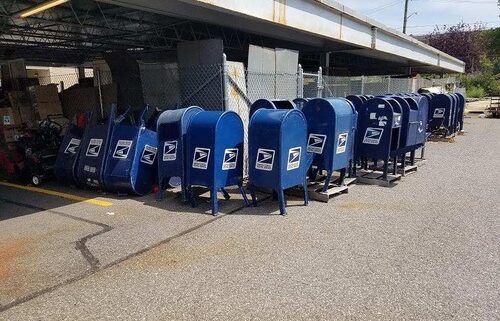 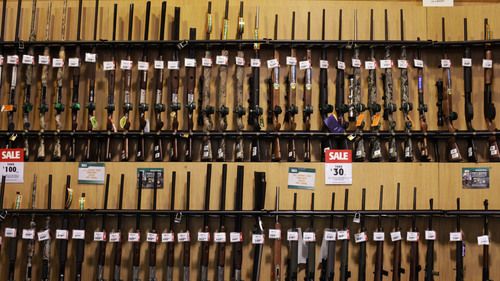 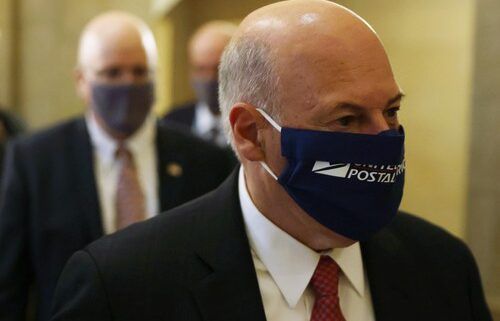