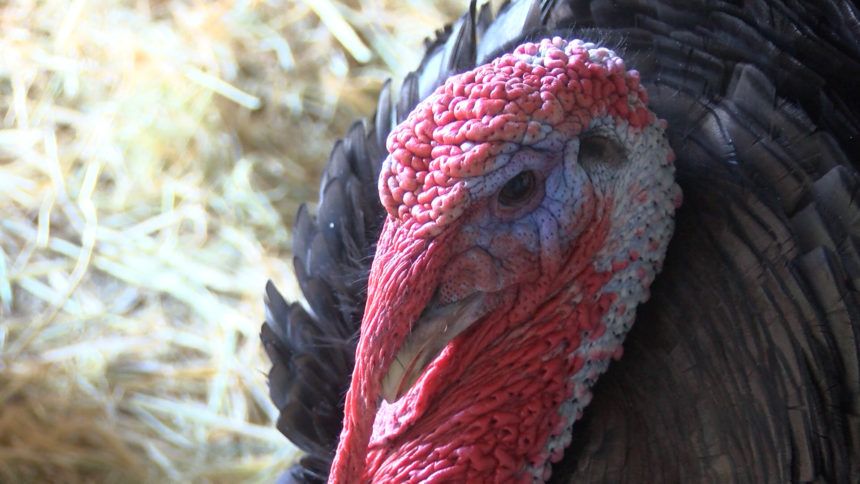 Stosuy said whomever kept the animal in such conditions could face animal cruelty charges.

Dozens began to speculate online about the turkey's fate. Some worried the animal would have been served up for dinner on Thursday.

A resident of the camp said that wasn't the case. "I don't think any of us know anything about making a whole turkey dinner from scratch like that," said Drew Lee.

Lee said his neighbor rescued the animal after finding it in the middle of the road. "He kind of became the communal turkey that just wandered around. We fed him regular turkey food. He freely wandered. We didn't put up any gates or anything," said Lee.

Lee said he assumes the turkey used to be someone's pet. Officers at the Santa Cruz County Animal Shelter are still looking for the animal's original owner.