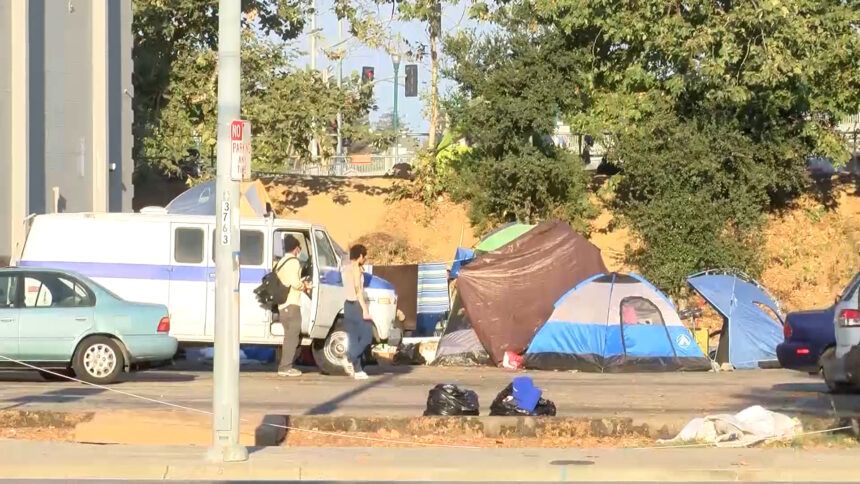 SANTA CRUZ, Calif. (KION) A federal judge has allowed the City of Santa Cruz to begin removing the homeless staying at an encampment at a portion San Lorenzo Park and start the process of relocating them to the Benchlands area.

The city says it's a process that could take weeks as they begin to mark and establish 122 temporary campsites in the Benchlands area of San Lorenzo Park, as stated in the injunction.

The city says they will do so through a permitting process and will offer the camping permit to all homeless currently camped at San Lorenzo Park or the Benchlands.

A federal court document says the city must make reasonable efforts to do so until an offer has been made to every occupant of the camps, or until all 122 campsites are filled.

Homeless residents with a permit will be able to stay at their temporary Benchlands campsite until the city and homeless union agree to a term of settlement for the lawsuit, or until the preliminary injunction is dissolved.

The document also states those who are already staying at the Benchlands can be relocated for the purpose of marking and setting up tents for those who obtain a permit to stay at that location in the future.

You can download the court's full order in the document provided below.