UPDATE 1/11/2021 2:30 p.m. The Santa Cruz Fire Department said multiple children were rescued from the water after several boats capsized at the harbor.

At around 4:30 p.m. Sunday, the fire department responded to a report of overturned boats and responded to the area. A lifeguard arrived within a few minutes and found several boats overturned and several people in the water. Surfers who had been in the area were helping with rescues.

According to the fire department, the lifeguard discovered that 12 children were in the water, and five of them were missing. At that point, the response was upgraded to a county-wide request for all available rescue swimmers and lifeguards.

The fire department said four of the five children were found withing 15 minutes and evaluated for injuries. The fifth child had been found by the Harbor Patrol boat and was accounted for about 10 minutes later.

None of the children were injured, and they were all reunited with their parents.

The children had been on the boats as part of a sailing class. The Santa Cruz Yacht Club's Commodore, Tom Postlewaite, issued a statement saying that it was an intermediate/advanced sailing class on the water returning to the Santa Cruz Harbor after lessons. He said two of the six boats capsized when they were hit by a wave.

"The Board of Directors of the Santa Cruz Yacht Club sets safety as its number one priority. We are investigating this incident and will take appropriate actions to prevent situations like this from happening in the future," Postlewaite wrote in the statement.

When asked why the classes were able to continue during a high surf warning, Postlewaite said they have a protocol for them to take place and that they must take action to adjust the protocols.

PREVIOUS STORY: The Coast Guard confirmed that multiple people were pulled from the water at the Santa Cruz Harbor Sunday following a sail boat training session that went awry.

While the Coast Guard was not able to tell us exactly how the people ended up in the water, they did confirm that everyone involved is safe and accounted for. 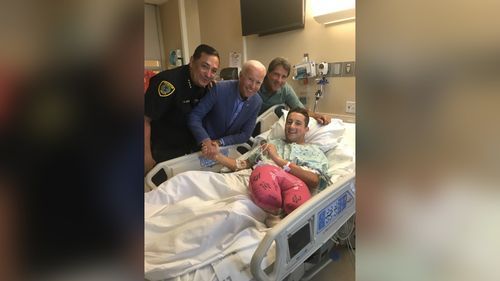