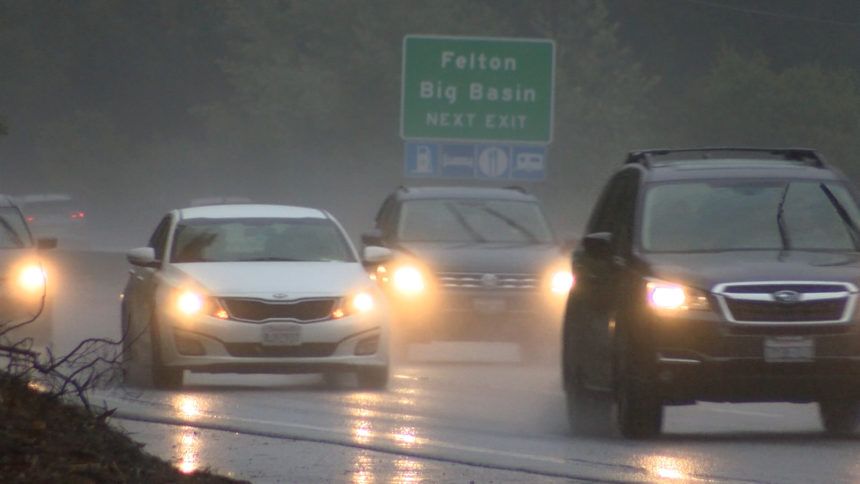 “One lane was closed on Highway 17. There was a lot of flooding on the roads,” said driver, Gail Dunstan.

Rain is expected to continue throughout the night in the Santa Cruz Mountains. The storm will make for slick conditions on Highway 17. “You definitely want to slow down in the rain. We have people coming around blind curves and there have been a lot of crashes,” said California Highway Patrol officer, Christopher Brown.

The California Highway Patrol said they responded to five accident on Highway 17 before 12 p.m. Extra officers are staffed to monitor the narrow and winding highway. “We do have units elsewhere throughout the county, but in the rain we try to beef up Highway 17, so it has a few more units,” said Brown.

Drivers can expect to encounter downed trees and mud slides. Brown said if you are behind the wheel be extra cautious of flooding. “Don't break while you're in it. It'll cause you to hydroplane. You’ll loose traction and either spin out or run into somebody,” said Brown.

One driver showed off the damage to his car after he was hit earlier this week. Jonathan Thiery admits he will head into the storm driving with caution. "Santa Cruz is mostly 60, 70, sunny. When you don't have that people are like, ‘What are we going to have?’ It causes anxiety,” said Thiery.