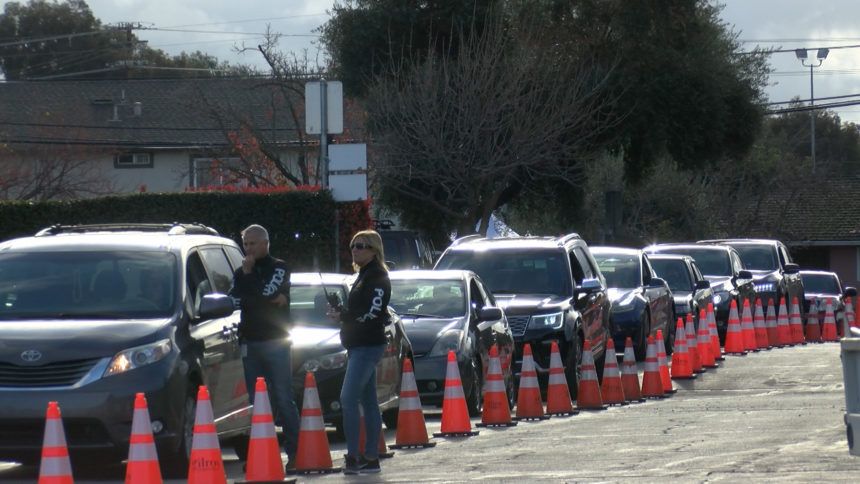 GILROY, Calif. (KION) Marlene Bolla is headed into the holidays with a little extra cash. "Well, it's Christmas. I'm going to buy myself a Christmas gift,” said Bolla.

Bolla received a $500 gift, to be exact. She was handed five crisp $100 bills after turning five handguns into the Santa Clara County District Attorney’s Office.

"I did not know what to do with them. I am very afraid of guns, so I thought this would be a good occasion to get them out of my house,” said Bolla.

Hundreds got rid of their firearms in Gilroy, Saturday.

The Santa Clara District Attorney’s Office, City of Morgan Hill, and City of Gilroy set aside $50,000 to give to people willing to hand over their guns. “This is the first this event has occurred in 25 years. It also comes on the heals of two very tragic events that occurred in both Morgan Hill and Gilroy,” said Santa Clara County Deputy District Attorney, Adam Flores.

In July, three people were shot and killed at the Gilroy Garlic Festival.

"The one I turned in, it was an AR-15, to be honest with you. With all the recent events and things going on, especially what happened at the festival, I thought it was pointless to have a gun like this,” said Dan Filice.

The Santa Clara County District Attorney’s Office hopes the buyback will keep guns out of the wrong hands.

"It's a safe environment to get rid of weapons that you don't need. They serve no purpose. That's why I did it,” said Mike Leininger.