The number of coronavirus cases in Michigan has skyrocketed to nearly 3,000 from less than 350 a week ago, but the state is still struggling to obtain supplies behind the states where the pandemic has hit the hardest.

For weeks, the scenes of coronavirus outbreaks in New York, Washington and California have captured the nation’s attention as the epicenters of the crisis in the United States.

But as the pandemic takes hold elsewhere, the finite number of live-saving equipment like ventilators, face masks and personal protective equipment — as well as the inability of the national stockpile to make up for all of the shortages — is coming into clear view, leaving a gap between states that encountered outbreaks early and those that are seeing their numbers ramp up now.

Michigan, the site of one of the country’s fastest growing outbreaks, has found itself unable to get an adequate supply of personal protective equipment, with lawmakers telling CNN that Gov. Gretchen Whitmer had placed an order only to be told by the company later the federal government had placed an order that would take priority.

And now Whitmer finds herself being criticized by President Donald Trump for her pleas for the federal government to do more to help the Great Lakes State.

In an interview with Fox News on Thursday night, Trump first referred to Whitmer as “the young, a woman governor, you know who I’m talking about, from Michigan” and said that “all she does is sit there and blame the federal government.”

The famously transactional Trump followed that criticism by noting that Michigan has asked for an emergency declaration “and we’ll have to make a decision on that.” He also called Michigan an “important state” and professed his fondness for its residents.

Whitmer responded on Twitter after the interview, saying, “Hi, my name is Gretchen Whitmer, and that governor is me. I’ve asked repeatedly and respectfully for help. We need it. No more political attacks, just PPEs, ventilators, N95 masks, test kits. You said you stand with Michigan — prove it.”

Whitmer’s struggle to get supplies is not unique. When even New York, the epicenter of the coronavirus crisis in the US, says it isn’t getting enough supplies, states that have seen less spread worry they will miss out as the federal government doles out the limited resources it has at its disposal.

“We are seeing numbers that look a lot like the numbers those states were seeing 10 days ago,” said Rep. Dan Kildee, a Michigan Democrat. “There is real urgency that we don’t want to miss the opportunity to stop this in order to slow it down.”

Michigan lawmakers are also reporting the state has received just a fraction of the materials they’ve requested from the national stockpile. Kildee said the state’s entire congressional delegation sent a letter to Vice President Mike Pence, the head of the coronavirus task force, urging the federal government to intervene.

“We are concerned about certain counties” that have seen increased spreading of the virus, Birx said, naming Wayne County, Michigan (home to Detroit), and Cook County, Illinois (home of Chicago), as examples.

She said those locations were showing a “more rapid increase” of spread.

Pence said Wednesday that the Federal Emergency Management Agency would be playing a greater role in helping states get what they need, saying he had spoken to Whitmer, a Democrat, about Michigan’s issues. “As I told Gov. Whitmer today, who’s leading her state through all this with great energy, we want to partner with her, want to partner with every governor and make sure the left hand knows what the right hand is doing in terms of acquiring resources,” Pence said.

But state officials and members of Congress say the federal government remains slow to help states as Trump is unwilling to fully embrace the powers of the Defense Production Act to ramp up and allocate nationwide production. There’s simply not enough supply to go around right now — and even if Trump used the DPA to allow the federal government to intervene in factory production and force companies to make more ventilators, masks and respirators, the effort could still take weeks or months to ramp up.

Trump and Pence held a conference call with governors on Thursday, where the tension over the Defense Production Act arose once again.

Washington Democratic Gov. Jay Inslee urged Trump and Pence to nationalize supply and manufacturing under the 1950 law, specifically referencing the shortage in swabs used for testing, according to two sources familiar with the call. Inslee encouraged Trump to be a “quarterback” and use the authority at his disposal.

Trump said that the federal government would not nationalize supply and manufacturing, one of the sources said, but another Trump administration official said there was new guidance from the Federal Drug Administration allowing for easier use of swabs in testing.

“I think it would be very, very helpful if the federal government could be more assertive and aggressive and more organized in helping all of us to obtain these systems,” Inslee said at a Thursday press conference.

Meanwhile, states may be looking to take things into their own hands. Earlier this week in Michigan, the bipartisan delegation and Whitmer discussed whether the state could create its own supply chain to make up for shortages from the federal government. Still, there is recognition that even if it could be done, it would take weeks or months.

“We’re working with manufacturers to work on their supply chains. We’re getting our own manufacturers involved like Ford, GM and Chrysler,” said Rep. Andy Levin, a Michigan Democrat. But he contended it was “a distant second place to having the President of the United States use the power of the Defense Production Act.”

And it is not just Michigan. Other states — where outbreaks may be less severe than New York but where the situation is nevertheless escalating — are growing uneasy sharing their hard fought resources, knowing it could be hard to get more later.

On Thursday, Indiana Gov. Eric Holcomb rejected the idea of sending PPE and ventilators to New York right now even though there are only 645 cases of coronavirus in Indiana, according to CNN Health’s most recent tally.

“We’re not in a position right now as much as we want to be focused outside of our borders,” Holcomb, a Republican, said. “And we realize that there are hotspots in the country, Los Angeles, or New York City or Seattle, others are growing… but right now we’re focused on Hoosier needs so when we get to that happy day where we can start to help the rest of the other country recover, we will.”

In Pennsylvania, where cases have grown to more than 1,600, there is more evidence that the federal government has injected uncertainty.

Rep. Mary Gay Scanlon, a Pennsylvania Democrat, said a hospital in her state had paid for 80,000 N95 respirator masks, only to learn that FEMA had diverted its order.

“Not only isn’t the federal government helping streamline the supply chain and helping to get supplies into the supply chain, it’s now disrupting it,” Scanlon said in an interview. “These are unusual times and require extraordinary measures. People working very, very hard at local level — we’re running into roadblocks because we don’t have interstate coordination.”

Two Florida Democrats, Reps. Ted Deutch and Lois Frankel, wrote a letter to Health and Human Services Secretary Alex Azar warning Florida needs more swabs for testing, but that the state has received its orders in “‘drips and drabs’ leaving much of the testing capacity unused.”

In some areas, the competition for equipment is happening even at the county level. Rep. Tom Malinowski, a Democrat from New Jersey, where there are nearly 7,000 cases, said in his own district, he’s seen mayors and county officials competing with each other for goods. In one county he represents, officials were able to quickly establish a drive-thru testing site that has been running efficiently and with adequate resources. Meanwhile, a FEMA drive-thru in a neighboring county has experienced a number of shortages, he said.

“It is crazy that your ability to get tested depends on how quickly your county officials acted to tap into a limited supply chain,” Malinowski said.

In Massachusetts, where there are more than 1,800 cases, officials say they “continue to try and work the supply chain hard” to increase supplies of personal protective equipment, but to date, the state has only received approximately 17% of its requests from the Strategic National Stockpile, with another shipment still to arrive.

Massachusetts Gov. Charlie Baker, a Republican, said Thursday the state has submitted a request through FEMA for federal disaster assistance. “We hope to see the feds move on this quickly,” he said at a press conference.

Rep. Joe Kennedy, a Massachusetts Democrat, said matters were made worse for the states when they received supplies from the federal government’s stockpile because they weren’t inventoried, and workers in his state had to spend a full day creating one so they could be sent out across the state. Kennedy called the competition on bids for supplies between the states as well as the federal government “completely detrimental to this process.”

“You couldn’t come up with a dumber way of doing this,” Kennedy said. 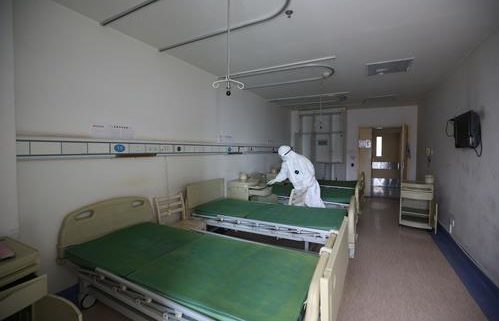 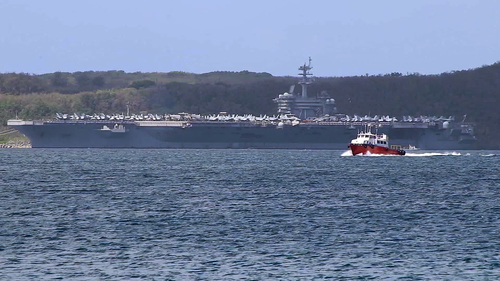 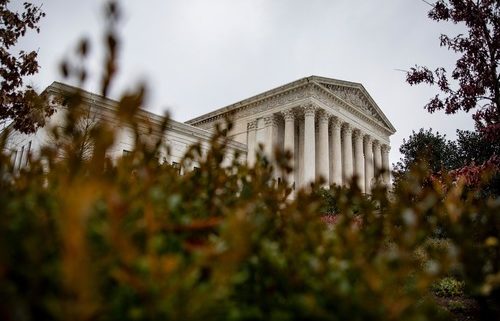