Roughly 10 days after a former Virginia state trooper was hired by a sheriff’s office in that state, he traveled to Southern California and allegedly killed the family of a teenager he had catfished online, officials said.

Austin Lee Edwards, 28, died in a shootout with authorities Friday, hours after he allegedly killed the teen’s mother and grandparents at a home in Riverside, California, the city’s police department said in a news release.

Edwards met the teenager online through a tactic known as “catfishing,” a form of online deception in which someone pretends to be a different person, police said.

The unidentified teenager was not harmed in the shootout and was placed into protective custody of the Riverside County Department of Public Social Services, police said.

The victims have been identified as Mark Winek, 69, his wife Sharie Winek, 65, and their daughter Brooke Winek, 38. The exact cause and manner of their deaths are pending.

In a statement, the family said they are processing the situation and will hold a news conference later this week.

“The Winek family would like to thank everyone for their love, support, prayers and patience during this horrific time in our lives. Mark, Sharie, and Brooke were loving people who didn’t deserve this tragedy,” the family said.

As family and loved ones mourn their loss, authorities are imploring parents and guardians to teach children how to be safe online.

“This is yet another horrific reminder of the predators existing online who prey on our children. If you’ve already had a conversation with your kids on how to be safe online and on social media, have it again. If not, start it now to better protect them,” Riverside Police Chief Larry Gonzalez said in the release.

As the investigation into killings continues, here’s what we know so far.

Edwards was hired by the Washington County, Virginia, Sheriff’s Office on November 16, the office said in a news release. He had recently begun orientation to be assigned to the patrol division.

“It is shocking and sad to the entire law enforcement community that such an evil and wicked person could infiltrate law enforcement while concealing his true identity as a computer predator and murderer,” Washington County Sheriff Blake Andis said in the release. “Our thoughts and prayers are with the Winek family, their friends, officers, and all of those affected by this heinous crime.”

Before being hired in Washington County, Edwards had resigned as a trooper with the Virginia State Police on October 28, the agency told CNN in an email.

Edwards, of North Chesterfield, Virginia, entered the academy in July 2021 and graduated January 2022, after which he was assigned to Henrico County within Richmond’s division, state police said.

There were no signs of concern when Edwards was hired in Washington County, the sheriff’s office said.

“Past employers and the Virginia State Police were contacted during the hiring processing; however, no employers disclosed any troubles, reprimands, or internal investigations pertaining to Edwards,” the office said in its statement.

It began with a welfare check

Riverside officers were dispatched Friday morning to check the welfare of a young female who appeared distressed while getting into a red car with a man, police in California said.

As the officers responded, 911 dispatchers were also getting calls about a fire in the same neighborhood, just a few houses away from where the welfare check originated.

When firefighters arrived, they found three adults, later identified as the teen’s mother and grandparents, lying in the front entryway of the burning home. Officials determined they were victims of an apparent homicide, police said.

Investigators learned the young woman mentioned in the initial call was a teenager who lived where the house fire and homicides occurred, police said.

The cause of the house fire is under investigation, although it appears to have been intentionally ignited, police said.

Authorities believe Edwards killed the teen’s grandfather, grandmother and mother before walking back to his vehicle with the teen and leaving.

“Our hearts go out to the Winek family and their loved ones during this time of tremendous grief, as this is a tragedy for all Riversiders,” Gonzalez said in the news release.

It ended in a shootout

According to police, Edwards developed an online relationship with the teen through which he obtained her personal information. When he arrived in the teen’s neighborhood, he parked his vehicle in a neighbor’s driveway and walked to her home, the statement from police said.

Several hours after authorities found the bodies, Edwards was spotted driving with the teen through nearby San Bernardino County, police said.

Edwards exchanged gunfire with the San Bernardino County sheriff’s deputies attempting to stop him and was eventually shot and killed at the scene, police said.

CNN’s Michelle Watson and Zoe Sottile contributed to this report. 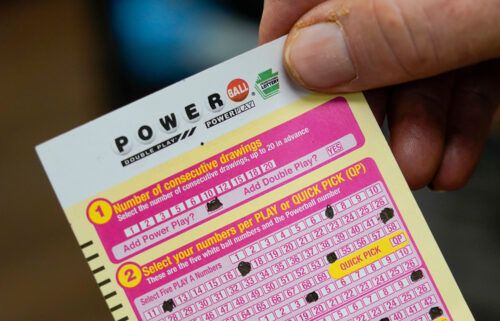