Here’s a look at the timelines, victims and aftermath of the shootings that occurred in and around Washington, DC in October 2002. Ten people were killed and three injured in sniper-style shootings.

October 2, 2002 – A shot is fired through a window at Michaels craft store in Aspen Hill, Maryland, but no one is hit.
– Not linked by ballistic evidence.

October 2, 2002 – The first killing takes place when 55-year-old James D. Martin, a program analyst for the National Oceanic and Atmospheric Administration, is shot in the parking lot of Shoppers Food Warehouse in Wheaton, Maryland.
– Not linked by ballistic evidence.

October 3, 2002 – Police are called to a crime scene and find James L. Buchanan, a 39-year-old landscaper, who has been fatally shot while mowing a lawn at a commercial establishment near Rockville, Maryland.

October 3, 2002 – Premkumar Walekar, 54, a part-time cab driver, is killed while pumping gas at a station in the Aspen Hill area of Montgomery County, Maryland.

October 3, 2002 – Sarah Ramos, 34, of Silver Spring, Maryland is killed at a post office near Leisure World Shopping center. A witness reports seeing a white van or truck speed from the post office parking lot immediately after the shooting.

October 3, 2002 – In the only killing in Washington, DC and the first one to occur at night, Pascal Charlot, 72, is shot in the chest as he walks along Georgia Avenue. He is taken to a hospital, where he dies less than an hour later.

October 4, 2002 – In a Michaels parking lot in Fredericksburg, Virginia, Caroline Seawell, 43, is shot as she puts her bags inside her Toyota minivan. She survives and is released from a Fairfax hospital on October 14.

October 7, 2002 – Iran Brown, 13, is shot and critically wounded outside Benjamin Tasker Middle School in Bowie, Maryland. He survives after being shot in the chest. He later testifies at Muhammad’s trial.

October 9, 2002 – A tarot card is found near the scene of the shooting at the school. CNN sources say it is the “Death Card” with the message “Call me God” for police.

October 9, 2002 – Dean Harold Meyers, 53, of Gaithersburg, Maryland, is killed while pumping gas at a station in Manassas, Virginia. A white minivan seen in the area is first thought to have some connection with the shooting but is later cleared by police.

October 11, 2002 – Kenneth Bridges, 53, a Philadelphia businessman, is killed at an Exxon station just off I-95 near Fredericksburg, Virginia. Police enforce a huge roadblock, trying to find a white van-like vehicle (similar to a Chevy Astro) with a ladder rack on top.

October 14, 2002 – Linda Franklin, 47, of Arlington, Virginia, is killed by a single gunshot in a Home Depot parking lot in Falls Church, Virginia.

October 19, 2002 – Jeffrey Hopper, 37, is shot in a parking lot at a Ponderosa Steakhouse near I-95 in Ashland, Virginia, 83 miles south of Washington, DC. Doctors remove the bullet from the victim during surgery on October 21 and connect him to the others by ballistics. Hopper survives.

October 22, 2002 – Bus driver Conrad Johnson, 35, of Oxon Hill, Maryland, is shot as he stands on the top step inside his commuter bus in Aspen Hill, Maryland. He later dies at a hospital in Bethesda.

Timeline of Trials and Sentencing

October 24, 2002 – John Allen Muhammad and Lee Boyd Malvo are arrested. They are found sleeping in a 1990 Chevy Caprice at a rest stop in Frederick County, Maryland.

May 26, 2017 – A federal judge overturns two of Malvo’s life sentences in Chesapeake and Spotsylvania County in Virginia. Malvo’s other Virginia convictions still stand, as well as his previous sentences from Maryland. He remains in prison.

June 21, 2018 – A federal appeals court agrees Malvo’s four life sentences from Virginia must be vacated based on a 2012 Supreme Court decision that it is unconstitutional for juveniles to receive mandatory life sentences without the possibility of parole.

March 18, 2019 – The Supreme Court agrees to take up Malvo’s case in Virginia after the state appealed the lower court’s ruling.

February 26, 2020 – On Malvo’s request two days earlier, the Supreme Court dismisses the pending case concerning Malvo in a one-sentence order. The order comes two days after Virginia’s governor signed a bill making juvenile offenders who were sentenced to life imprisonment eligible for parole after serving 20 years. Malvo is eligible for release in Virginia in 2022. His sentence of life without parole in Maryland stands.

February 16, 2002 – Keenya Cook, 21, is murdered in East Tacoma, Washington. Her aunt was a former friend of Muhammad’s ex-wife. After his arrest, Malvo confesses to killing Cook at the direction of Muhammad. In 2004, the state declines to press charges because Cook’s killing did not include the “aggravating factors” that would lead to sentencing beyond those already given.

March 19, 2002 – Sixty-year-old Jerry Taylor is shot and killed on a Tucson, Arizona, golf course. Malvo is given immunity from prosecution and confesses to killing Taylor to Tucson police in October 2006.

September 5, 2002 – Paul LaRuffa is shot five times by Malvo outside of his restaurant in Clinton, Maryland. LaRuffa survives, and later testifies in a Virginia trial in support of Muhammad’s resentencing to life with the possibility of parole

September 14, 2002 – Rupinder “Benny” Oberoi, 22, is shot and wounded outside the Hillandale Beer & Wine Store in Silver Spring, Maryland. The shooting is linked by circumstances, witnesses and location of the alleged snipers, but not by ballistics. In November 2002, Montgomery County Police Capt. Nancy Demme tells CNN that the task force has officially linked Oberoi’s shooting to the “other sniper shootings.”

September 15, 2002 – Shooting at a Brandywine, Maryland, liquor store. Muhammad Rashid is shot but survives. Rashid later identifies Malvo as the shooter in court.

September 21, 2002 – Million Woldemariam, 41, is killed after being shot three times outside a liquor store in Atlanta. Ballistics on a .22 caliber handgun links both the Atlanta and the Montgomery shootings. No charges are ever brought by Georgia.

September 21, 2002 – Shooting at a Montgomery, Alabama, liquor store. Owner Claudine Parker is killed and clerk Kellie Adams is seriously injured. Ballistics are a match to the Bushmaster .223 rifle and eyewitness accounts are linked to the DC snipers. Capital murder charges are filed against Muhammad and Malvo after police confirm fingerprints match Malvo’s record from the US Immigration and Naturalization Service. The state doesn’t try Muhammad or Malvo.

September 26, 2002 – Wright Williams Jr. is shot and injured at his grocery store in Baton Rouge, Louisiana. Muhammad and Malvo are not charged for his shooting, but the incident is later used to prove similar circumstances in Muhammad’s trial. 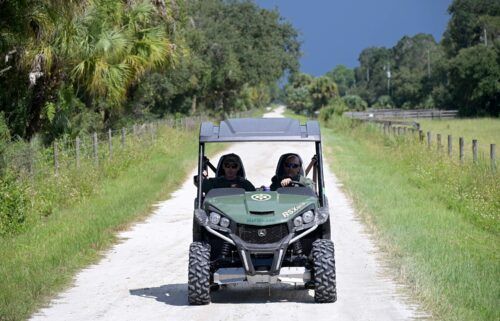 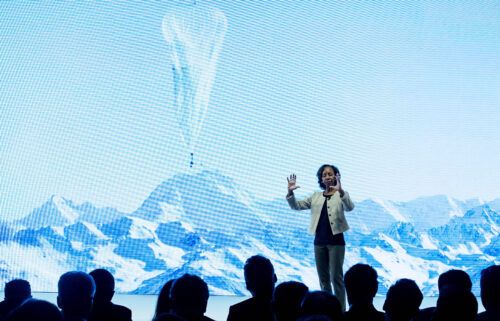 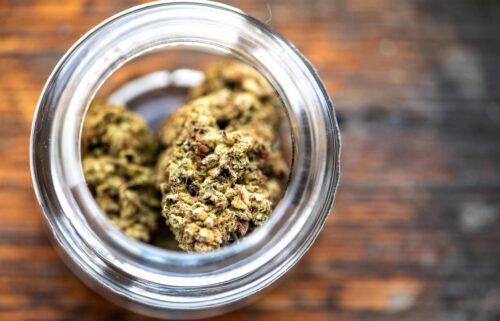