One person has died and multiple others were injured in a series of large explosions that rocked the area of a Russian military airbase in the annexed Ukrainian peninsula of Crimea on Tuesday, local authorities have said.

Footage from the scene showed large plumes of smoke billowing into the air. The Russian defense ministry said the blasts had been caused by detonated aviation ammunition, Russian state media RIA Novosti reported.

“Around 3:20 p.m., several aviation munitions detonated on the territory of the airfield ‘Saki’ near the settlement of Novofedorivka,” the ministry said in the statement, according to RIA Novosti.

Earlier on Tuesday Kоnstantin Skorupsky, Minister of Health of the Republic of Crimea, said five people were injured following the explosions. It is not clear if the person who died was among those previously reported as injured.

Ambulance crews and an air ambulance were sent to the site of the explosions, according to the health ministry.

Russia annexed Crimea from Ukraine in 2014 and considers Crimea part of its territory. Kyiv and its allies do not recognize the annexation and consider the peninsula Ukrainian territory under Russian occupation.

Oleg Kryuchkov, adviser to the head of the Crimean region, confirmed several explosions had occurred near the village of Novofedorivka.

In a statement posted on his Telegram channel later in the afternoon, Kryuchkov said around 30 people living nearby were evacuated from their homes following the explosions, and that an air cordon had been set up around the perimeter of the airfield.

Separately, Sergey Aksenov, the head of the so-called Republic of Crimea, said “I went to the scene in the village of Novofedorivka, Saki district. The circumstances are being clarified.”

He said there was “a dispersion of fragments” at the scene and that emergency crews were working the site.

“Measures were taken to set up a cordon perimeter in a 5-kilometer zone: fences, traffic police crews and foot patrols in order to prevent injuries to local residents,” he added.

There was no word from the Ukrainian side about any possible attacks in the area. Ukraine is not known to have struck the territory of Crimea since the Russian invasion began.

The explosions came just hours after the Ukrainian military carried out what appeared to have been their deepest strike yet into Russian occupied regions in southern Ukraine near the Crimean peninsula.

Serhii Khlan, adviser to the head of Kherson Civil Military Administration, said on Ukrainian television Tuesday, “This morning there was a good news, there was a very powerful detonation in Henichesk region.”

Henichesk is in the southern Kherson region and about 200 kilometers (125 miles) from the nearest Ukrainian front line.

Khlan suggested that the target had been on the railway between Henichesk and Melitopol.

“We are still waiting for the official confirmation of our Armed Forces, from the General Staff, but it’s a very pleasant news. The detonation was heard during 1.5-2 hours on this railway station, which connects Crimea and Melitopol,” he said.

Creating a land corridor connecting Crimea to Russia through occupied areas in southern and eastern Ukraine was one of the goals of Russia’s invasion.

Moscow said in June that it had accomplished that goal and that the Russian military had “restored” 1,200 kilometers (745 miles) of train tracks and opened roads to allow “full-fledged traffic” between Russia, eastern Ukraine’s Donbas region and Crimea, the peninsula annexed by Russian forces from Ukraine in 2014. The supply of water through the North Crimean Canal — a lifeline for Crimea — had also resumed, Russian defense minister, Sergei Shoigu said. 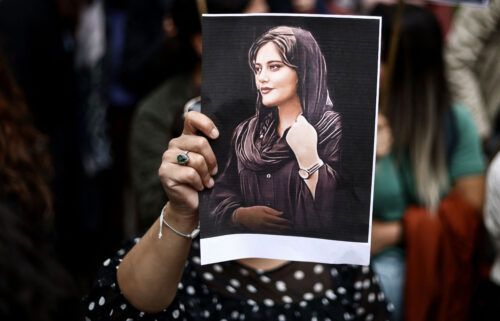 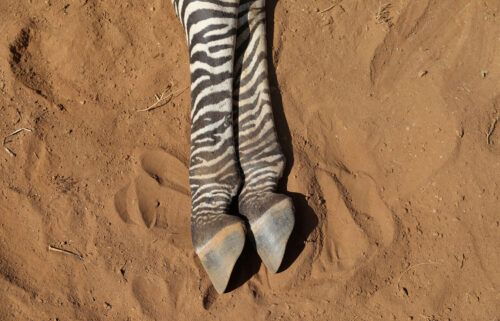 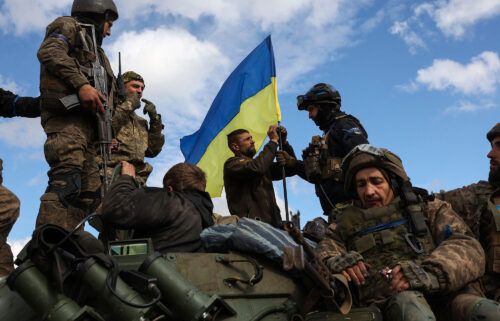