Iran is a republic in Asia, sharing a border with seven countries: Afghanistan, Armenia, Azerbaijan, Pakistan, Iraq, Turkey and Turkmenistan. It has been officially known as the Islamic Republic of Iran since the overthrow of the Shah in 1979.

Before the 1930s, Iran was known as Persia to outsiders.

Iran and the United States have not had diplomatic relations since 1980.

1921 – Officer Reza Khan stages a coup and takes control of the military.

1953 – The Shah is forced to abdicate by the supporters of Mosaddeq. However, within days, Great Britain and the United States back a coup that returns the Shah to power.

1963 – The Shah forces cleric Ayatollah Ruhollah Khomeini, a critic of his modernization plans, into exile.

October 1971 – The Shah hosts an elaborate party, costing tens of millions of dollars, to celebrate the 2,500th anniversary of the Persian Empire.

January 16, 1979 – After months of riots, protests and unrest, the Shah leaves Iran for what is described as a vacation, but is generally understood to be permanent exile.

February 1, 1979 – Khomeini returns to Iran from exile in France. After his supporters overthrow the government of Premier Shahpur Bakhtiar, Khomeini becomes the Supreme Leader of Iran.

April 1, 1979 – The country is renamed the Islamic Republic of Iran.

October 22, 1979 – The Shah arrives in the United States for treatment of lymphatic cancer.

November 4, 1979 – Iranian revolutionaries seize control of the US embassy in Tehran and take 66 embassy workers hostage. They demand the extradition of the Shah from the United States in exchange for the hostages. Thirteen of the hostages are released within two weeks, and one is released later for medical reasons. The other 52 spend a total of 444 days in captivity.

April 1980 – An attempt by US airborne forces to rescue the hostages fails, killing eight service members.

September 22, 1980 – Iraq invades Iran, starting an eight-year war. Hundreds of thousands of people are killed on both sides. The war ends in 1988 in a ceasefire, with no clear victor. A formal peace agreement is signed in August 1990.

January 1984 – The United States designates Iran as a State Sponsor of Terrorism (SST).

May 1997 – Mohammad Khatami, a reformist, is elected to the office of president.

June 2001 – Khatami is reelected as president of Iran.

November 2003 – The International Atomic Energy Agency reports that Iran has been secretly manufacturing small amounts of uranium and plutonium for two decades.

June 12, 2009 – In a highly controversial election, Ahmadinejad wins reelection with 62.63% of the vote, according to Iranian government sources. His nearest rival, Mir Hossein Moussavi, receives 33.75% of the vote.

June 2009 – Demonstrations take place in Tehran, protesting the outcome of the election. Dozens of people are reported killed.

June 30, 2009 – Despite widespread unrest the reelection of Ahmadinejad is formally certified by the Council of Guardians.

February 13, 2011 – In reaction to the anti-government protests spreading throughout the Arab world, demonstrations break out in major Iranian cities and are met with reportedly brutal force by security officers.

February 22, 2011 – Two Iranian warships pass through the Suez Canal, the first such ships to sail through the canal since the 1979 revolution.

November 29, 2011 – Hundreds of Iranian protesters storm Great Britain’s embassy and a separate diplomatic compound in Tehran. The next day, Great Britain evacuates all embassy staff in Iran and orders that Iran immediately close its embassy in London.

December 1, 2011 – The US Senate passes economic sanctions against Iran.

January 23, 2012 – The European Union announces it will ban the import of Iranian crude oil and petroleum products.

February 19, 2012 – Iran’s oil ministry says that it has suspended crude exports to British and French companies, days after Iran threatened to cut oil exports to some European Union countries in retaliation for sanctions.

March 30, 2012 – US President Barack Obama announces that the United States will implement previously announced sanctions that could significantly cut sales of Iranian oil.

June 14, 2013 – Hassan Rouhani wins the presidential election after securing 50.7% of the 36.7 million votes cast. Ahmadinejad was not eligible to run, due to term limit. Rouhani is sworn in August 4.

September 27, 2013 – Rouhani and Obama speak by phone, the first direct conversation between leaders of Iran and the United States since 1979.

November 24, 2013 – Six world powers and Iran reach a six-month agreement over Iran’s nuclear program. The deal calls on Iran to limit its nuclear activities in return for lighter sanctions.

November 24, 2014 – The deadline for a final nuclear agreement between Iran and the UN Security Council’s P5+1 countries (the United States, Russia, China, France, Britain and Germany) has been set for July 1, 2015.

April 2, 2015 – Negotiators from Iran, the United States, China, Germany, France, Britain and Russia reach a framework for an agreement on Iran’s nuclear capabilities, which includes reducing its stockpile of low-enriched uranium by 98%.

April 9, 2015 – Rouhani announces that Iran will only sign a final nuclear agreement if economic sanctions are lifted on the first day of implementation.

July 14, 2015 – The United States and its five partners reach a nuclear deal with Iran, called the Joint Comprehensive Plan of Action, during a final meeting in Vienna.

January 12, 2016 – US sailors are captured by the Iranian Revolutionary Guard after their ship enters Iranian waters. They are released a day later. One of the sailors is shown apologizing in an interview on Iranian television.

August 3, 2016 – US officials confirm that the Obama administration secretly arranged a plane delivery of $400 million in cash on the same day Iran released four American prisoners and formally implemented the nuclear deal. The $400 million was Iran’s money, placed into a US-based trust fund to support American military equipment purchases in the 1970s. When the Shah was ousted by a 1979 popular uprising that led to the creation of the Islamic Republic, the United States froze the trust fund. US officials said cash had to be flown in because existing US sanctions ban American dollars from being used in a transaction with Iran and because Iran could not access the global financial system due to international sanctions it was under at the time.

January 27, 2017 – US President Donald Trump bans nationals from Iran and six other Muslim-majority countries from entering the United States for at least the next 90 days by executive order.

February 3, 2017 – The United States enacts new sanctions on Iran. The moves come as punishment for the country’s recent test launch of a ballistic missile.

May 8, 2018 – Trump announces he is pulling out of the nuclear deal with Iran, adding he will initiate new sanctions. “Any nation that helps Iran in its quest for nuclear weapons could also be strongly sanctioned by the United States,” Trump says.

September 22, 2018 – At least 29 people are killed during an attack on a military parade in the southwestern city of Ahvaz. The separatist group Patriotic Arab Democratic Movement in Ahwaz claims responsibility for the attack, according to the state-run Islamic Republic News Agency. The separatist group says that the state media report is false, and it had no role in the attack.

September 23, 2018 – Iran’s Revolutionary Guard accuses Saudi Arabia of supporting the attackers while Rouhani says US-supported foreign mercenaries were the culprits. ISIS circulates a video claiming that several of the assailants were affiliated with the terror group. Although there is uncertainty about who carried out the attack, the Revolutionary Guard pledges to track down those responsible, Iranian state media reports.

April 6, 2019 – State-run IRNA reports that 70 people have died due to flooding after record rainfalls began saturating parts of the country in March, quoting the head of Iran’s Coroner’s Office, Ahmad Shojaei.

April 8, 2019 – Trump announces the United States will formally designate Iran’s Islamic Revolutionary Guard Corps as a Foreign Terrorist Organization, a move some in the administration had opposed over concerns about potential risks to US troops in the Middle East.

June 2019 – According to US officials, the US launches two cyber attacks on Iran. One attack was a retaliatory cyberstrike against an Iranian spy group. The other attack was on an Iranian proxy group with forces in Iraq, Syria and inside Iran in the days after Iran shot down a US drone.

June 24, 2019 – Trump announces new sanctions against Iran in part to retaliate after the downing of a US drone last week, with the punitive measures set to target Iran’s Supreme Leader, military officials and its top diplomat, Foreign Minister Javad Zarif.

January 3, 2020 – Iranian commander Qasem Soleimani is killed in a US drone strike at Baghdad International Airport.

January 8, 2020 – Iran fires retaliatory missiles against Iraqi bases housing US troops in response to the American strike that killed Soleimani.

January 7, 2020 – Iran’s parliament votes unanimously for a motion declaring all US forces as “terrorists.”

January 11, 2020 – Iran’s state media reports a Ukrainian plane that crashed near Tehran on January 8, killing 176 people, was unintentionally shot down due to human error, according to the general staff of Iran’s armed forces.

January 13, 2020 – Rouhani signs a bill deeming the Pentagon and “all its subsidiaries” terrorist organizations.

June 19, 2021 – Ebrahim Raisi wins the presidential election, securing almost 18 million of the nearly 29 million ballots cast. Overall voter turnout was 48.8%, the lowest since the establishment of the Islamic Republic in 1979. 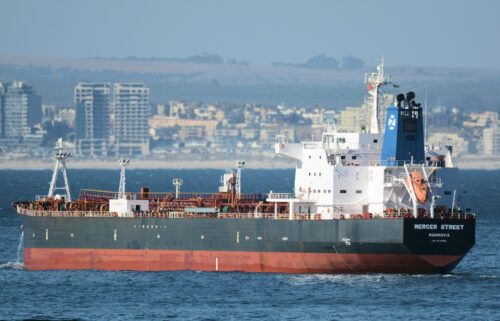 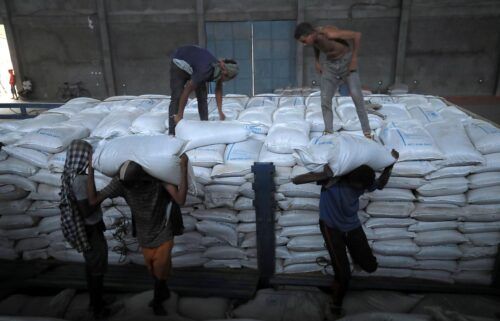 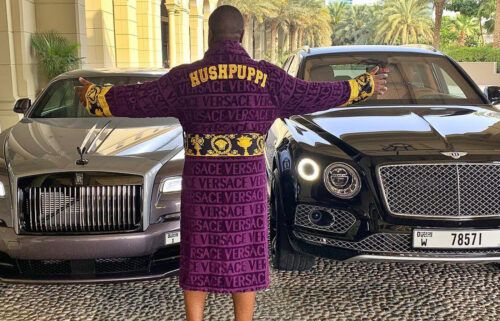 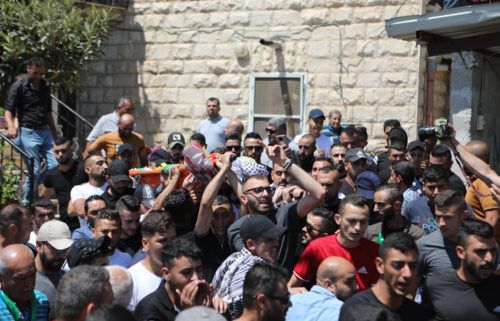