Nashville, TN (WSMV) — A worker from the Tennessee Department of Children Services was charged with helping a juvenile escape from custody two years ago.

Kaboha “KJ” Johnson was charged on Friday with escape. The arrest comes after Johnson, who is TDCS Transportation Officer, helped Jaleen D. Mooreland, who was 17 years old, escape from their custody when he was being transported back to Nashville from the Hamilton County Juvenile Detention Center in Chattanooga on August 21, 2018.

According to an arrest warrant, Johnson began making statements about letting Mooreland go. The warrant states Johnson and a coworker were upset over the facts of all the paperwork to do on this case before he turns 18-year-old in five days.

According to an arrest warrant, Johnson and his coworker discussed “a detailed plan on how and where they should release him.”

According to the arrest warrant, Mooreland told police he changed into a new set of clothes near the railroad tracks behind the Davidson County Sheriff Department Hill Detention Center.

Then, Mooreland told police he was given about an hour’s head start before he was reported to police as a runaway.

In the arrest warrant, police said Mooreland was spotted in a video security camera at the intersection of Commerce Street and 3rd Avenue North in different clothes than what was reported to officers.

More arrests are expected in the case.

News 4 has reached to DCS for comment on the arrest. They replied:

“Due to the pending criminal charges, we are unable to make any comments about the case. However, DCS has cooperated with both the Metro Nashville Police Department and the Davidson County District Attorney’s Office in the investigation that led to the charges and will continue to do so.” 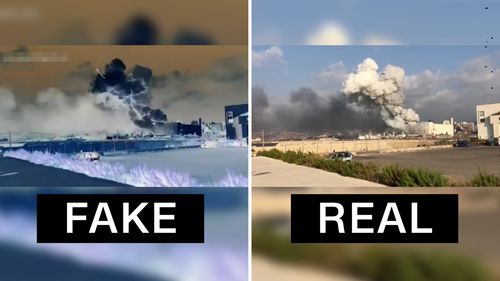