The Centre Wildlife Care in Pennsylvania, which had been helping to rehabilitate the bald eagle, released the bird Thursday at Prince Gallitzin State Park in Cambria County.

“This is home for her,” the wildlife center posted on Facebook. “We drove over an hour to take her home. We were thrilled to see her go. This one took a little longer than most to survey the area.”

The bald eagle can be seen in a video posted by the Centre Wildlife Care taking a minute to explore its surroundings before spreading its wings and flying away.

Millions of birds across the United States, including bald eagles, are poisoned by lead every year, according to the American Bird Conservancy. Indeed, many are dying from lead bullets — but not because they’re being shot.

Hunters use lead bullets to kill deer and other animals. Although the hunters aren’t targeting eagles, the birds are still indirectly affected when they consume animals shot with those bullets.

Once absorbed in the gastrointestinal tract, the lead becomes toxic. Lead poisoning can cause a lack of judgment and impaired ability to walk or fly, resulting in seizures, accidents and death.

Depending on the severity of the poisoning, some eagles survive after veterinarians use chelation therapy, injecting the birds with a drug that binds the toxins in their bloodstream and allows it to be removed from their bodies.

However, those in too much pain are put down, and many still die despite treatment. 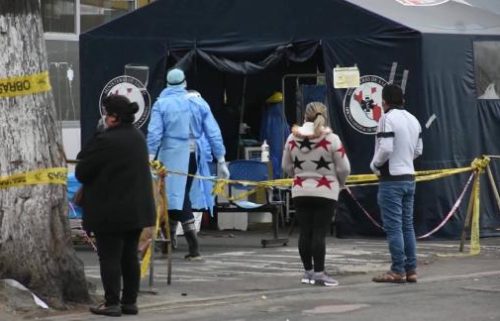