LAS VEGAS, Nev. (KION-TV)-- Kevin Ford, 54, of Las Vegas, Nevada, has worked as a cook and cashier at the Burger King inside Harry Reid International Airport for 27 years. Ford says he has never missed a day.

When he showed up to work last week on his 27th anniversary, he didn't make a big deal about it, and his bosses weren't even aware of his milestone. But when he made a joke about the time he's spent employed, management got him a thank-you gift with a movie ticket, a Starbucks cup, some candy, chocolate and a backpack for it all.

Ford posted a video of him thanking his team and showing off his gifts but wouldn't have dreamed of it going viral online.

Many users on social media complained that Ford should have gotten more for his years of service and loyalty.

Ford, however, said he was honored to have received the gifts and recognition.

"I was honored, it was nice, and I loved it," Ford said. "One lady's been there for 35 years; they didn't get anything that I know of, so I was happy."

Ford said he gave some of his gifts away to his coworkers to show his appreciation for them.

Ford's daughter set up a GoFundMe to help raise money as a different way to help celebrate her father's years of hard work.

"He originally began working at this job as a single father when he gain custody of my older sister and me 27 years ago. Then as our family grew and he remarried, he continue [sic] to work here because of the amazing health insurance that was provided through this employer because it was unionized," Ford's daughter Seryna wrote on the fundraiser's page. "Which got all four of his daughters through high school and college with full healthcare coverage."

"My dad continues to work here because though he does look young, he is coming up on retirement age, and leaving would cost him his retirement," she continued. "In no way are we asking for money or is he expecting any money, but if anyone feels like blessing him, he would love to visit his grandchildren."

Actor David Spade gave $5,000 and even messaged Ford on Instagram wishing him the best of luck.

When asked why his daughter did this, Ford said. "I guess she just did it because she loves me."

Ford said the entire experience still feels strange and he was even flown out to New York to share his story on NBC's "The Today Show," where he was reunited with his grandchildren after not seeing them for four years.

"I haven't seen my grandkids in over four years, until the other day when 'The Today Show' flew me out to New York, and I got to see them live on TV," Ford said. "I've been crying all these days as it is, and of course, I'm crying live on TV again seeing my grandbabies again."

Ford says he still has no plans to retire or take a day off, even for a vacation, even after all the money he has received.

"You never know, it's day to day, but I haven't thought of anything to do with that money except to visit my grandkids for a while and maybe put some up for their college, but I'm not even thinking about that," he added. "I'm just working."

This article was written with help from KTVU FOX 2 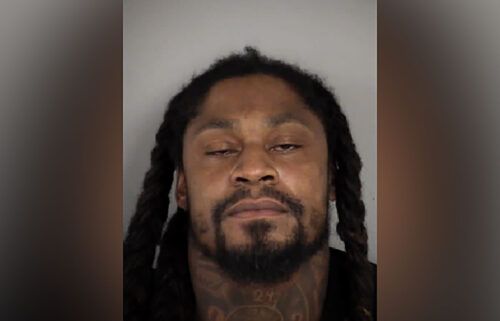